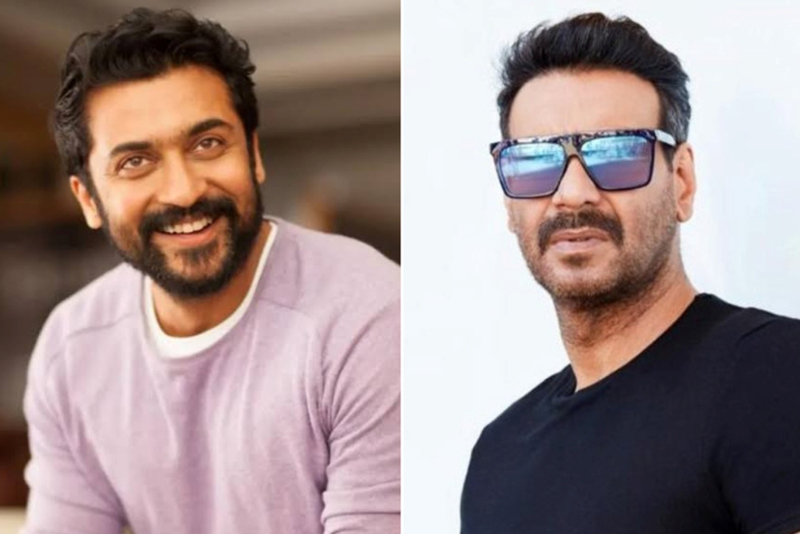 In a statement, Devgn said, ‘’I am elated to win the Best Actor Award for ‘Tanhaji—The Unsung Warrior’ at the 68th National Awards along with Suriya who won for "Soorarai Pottru".

"I thank everyone, most of all my creative team, the audience and my fans. I also express my gratitude to my parents & the Almighty for their blessings. Congratulations to all the other winners.’’

The Best Actress award was bagged by Aparrna Balamurali for 'Soorarai Pottru' and the Best Feature Film also went to the Tamil masterpiece directed by Sudha Kongara.

Devgn, who is the producer of the ‘Tanhaji: The Unsung Warrior', shared: "As the producer of 'Tanhaji...', it gives me immense joy to receive an honour at the 68th National Film Awards for the Best film that has provided wholesome entertainment.

“Tanhaji was exactly that. It is a good story of friendship, loyalty, family values and sacrifice. It has strong national sentiments, super VFX and a holistic approach in entertainment.

""I must share the honour with my director Om Raut, my co-producers, T-Series and my co-actors. Most of all, I thank my creative team who has contributed handsomely to making this a blockbuster and now a National Award winner," he added.

The ‘Best Non-Feature Film’ was won by ‘Testimony of Ana’.

Best Short Fiction went to Karbi's film 'The Boy with a Gun' (Kachchinithu).

Union Minister for Information and Broadcasting Anurag Thakur congratulated all the winners and said, “2020 was a particularly difficult year for films due to the Covid pandemic, yet the nominations consisted of great works.”

The Minister also thanked the Jury for diligently going through the entries and selecting the best for the awards.

The Jury comprised eminent filmmakers and film personalities from across the Indian cine world.

Neerja Sekhar, Additional Secretary, Ministry of Information and Broadcasting was also present on the occasion.

The National Film Awards will be handed out in a ceremony later this year.

Best Book on Cinema: The Longest Kiss, by Kishwar Desai