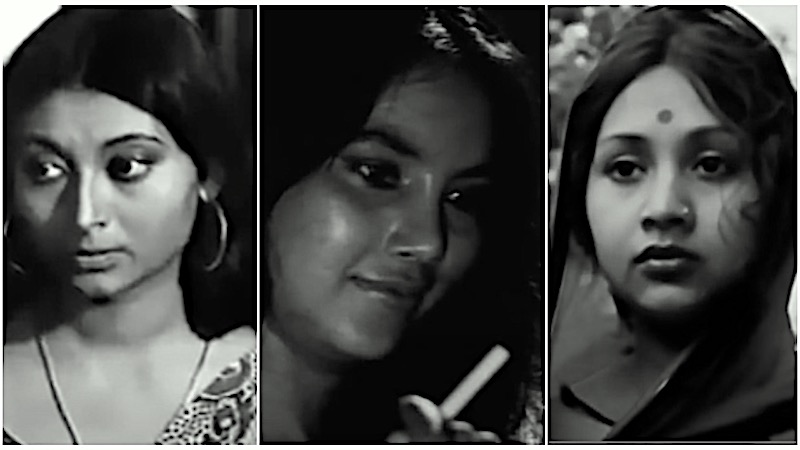 Of sex work and Ray's women in the rough trade

The representation of the sex worker in Indian celluloid seldom displays attempt at non-voyeurism. Satyajit Ray, on the other hand, took a more nuanced look at the sex worker, finds Shoma A. Chatterji on the birth centenary year of the maestro

Satyajit Ray’s films often see him as a social commentator. Without taking a moralistic stance it is as if his characters reflect social realities that he observes around him.  It was true of his portrayal of the sex worker in three of his films as well.

In Ashani Sanket (Distant Thunder), Chutki, a poor girl from a lower caste is pulled into prostitution by hunger which the brickfield agent takes advantage of during the infamous Bengal Famine in 1943 during the World War II.

Historians now establish that it was totally man-made as the British administration hoarded rice to feed soldiers about to arrive in the East. When the Brahmin’s wife Ananga who Chutki is very fond of, guesses what is happening, she refuses Chutki’s offer of rice from her ‘earnings’ though her family is equally hungry.

“What can I do? I always feel hungry,” Chutki defends herself. She runs away to the city with the agent perhaps to disappear in the red light district eventually. 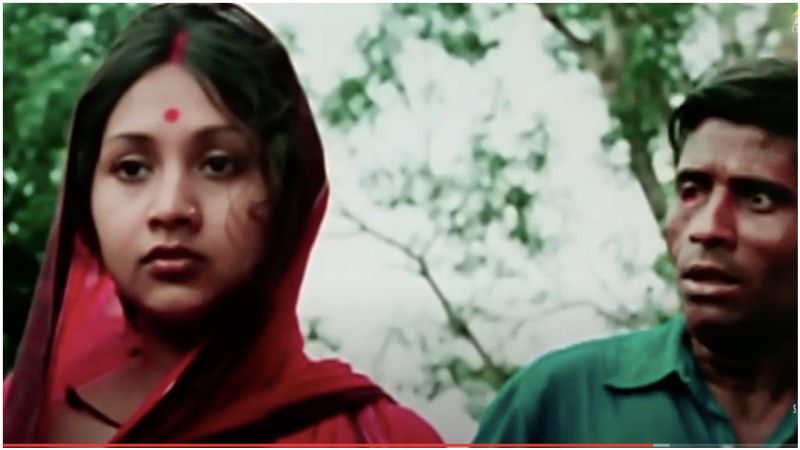 Ashani Sanket (1973) based on Bibhuti Bhusan Bandopadhyay’s novel, offers an insight into a rural woman’s desperate response to hunger. When driven to starvation, Chutki, unlike Moti who dies of starvation, or Ananga, who adjusts to the grim reality, is prepared to exchange sexual favours for a fistful of rice from a hideous, scarred man she abhors. Conditioned morals of a patriarchal society mean little to Chutki when hunger stares her in the face.

Women like Chutki are not uncommon in contemporary India. Ray perhaps can be credited with the first non-voyeuristic but a sensitive look at prostitution in Indian context through cinema.

In Pratidwandi (The Adversary,1971) Ray introduces his viewers to a different kind of sex worker. She holds a job as a qualified nurse but moonlights as a sex worker.

Much against his will, the hero Siddhartha Choudhury, a medical college drop-out due to his father’s sudden death and depleting finances, is introduced to her by his friend Adinath. It’s obvious that he is uncomfortable in her presence and is surprised to find that she is actually a nurse. Is Siddhartha scared to reveal in his friend’s presence that he is a virgin? Or is his discomfort rooted in the fact that he is not easy in the company of females? 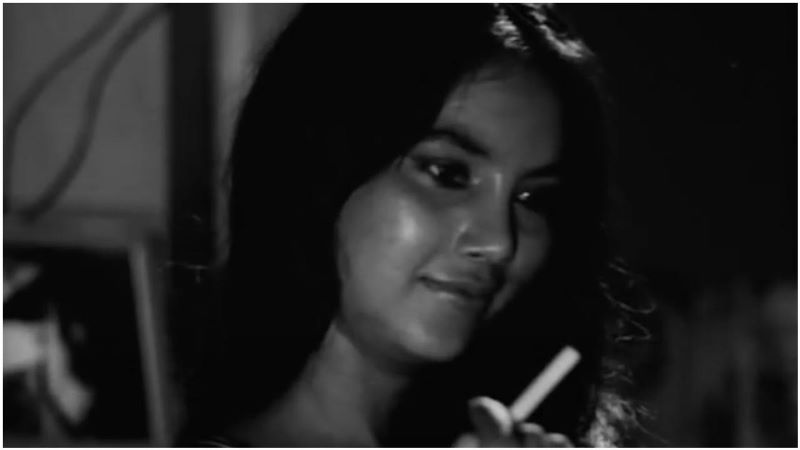 The woman speaks in a flirtatious, even mocking tone, and comes out in a bra and petticoat. When she finds that Siddhartha is nervous, she asks him for a cigarette. She is quite open about her double life and it appears that she manages to keep the two occupations apart.

The role was portrayed by late cabaret dancer Miss Shefali, in real life who had earned sobriquets like “Bengal’s Helen” and the ‘Queen of Cabaret. Her entry into the cabaret scenario happened at a time when the white-skinned dancers were disappearing from Kolkata. She did act in a few films but her fame came as a cabaret dancer.

This woman is not into prostitution out of poverty but wants to earn some extra dough. Perhaps she has a family to take care of ? Ray leaves it unsaid. Rather he offers a glimpse of the rapidly changing scenario in Kolkata  where an educated man like Siddhartha cannot land a job despite a good academic record, suspects his own sister of compromising with her boss in order to become a model, and where a qualified nurse takes to sex work as just one more source of earning.

The common thread that runs through  Ray’s treatment of prostitution is its organic evolution as an integral, indivisible act within the evolution of a society now overrun with greed, consumerism and corruption not necessarily in that order.

His Jana Aranya (The Middleman, 1975) is a scathing comment on erosion of values arising partly out of a decadent education system and partly out of unemployment and associated corrupt practices encroaching into the lives of the urban middle-class.

As the hero Somnath, along with his PR friend Sukumar, goes from door to door in search of a woman for the ‘reward’ of a prized contract, Ray cracks the facade of the bhadralok Bengali society to expose the underbelly of the city. A tutorial class doubles up as a rendezvous for call-girls, the watchman functions as a pimp. A mother of two young girls is pushed into sex work; a drunkard husband lives off his wife’s earnings and while pimping pretends to be ‘respectable’. 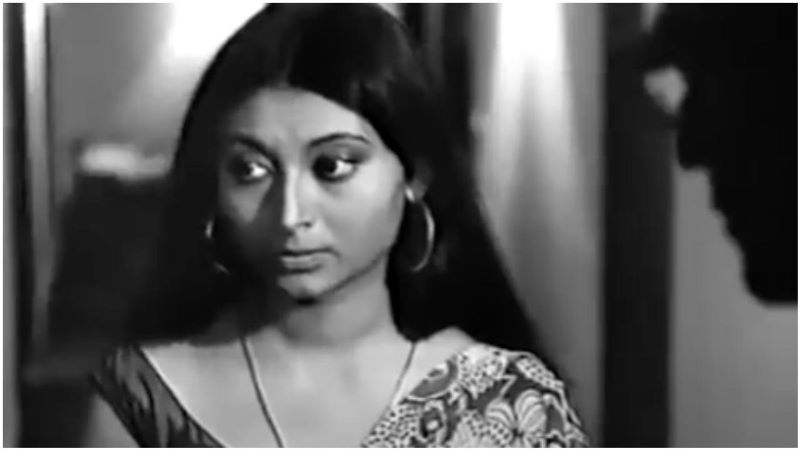 In Jana Aranya Ray also offers a glimpse of the system of disguised prostitution in Calcutta.. Kauna, a sister of the hero's friend, symbolises a world of crumbling morals among the lower middle class on the one hand and the upper class on the other in different ways.

Kauna accepts her vocation in a no-nonsense, matter-of-fact way, refusing to recognise the hero in the changed circumstances of their encounter. She denies that she is Kauna, and tells him that her name is Juthika. She does not narrate a sob story to evoke his sympathy and insists that he should not leave the scene because it would be a loss for both of them. After all his fortune depended on gaining a big contract by offering her to the lustful businessman, the boss.   .

The climax of the film suggests that the hero has reduced himself to prostituting his conscience to eke out a livelihood through meagre contracts gained at the cost of procuring a woman for the contractor. He therefore, is as much, if not more, a prostitute than  the prostitute he procures for his prospective clients.

All three films denote, in subtle ways, different periods in the social history of Bengal in general and Kolkata in particular, how even prostitution becomes  almost  a normal feature in the big churn.

(Shoma A. Chatterji is a National Award-winning film writer and critic)