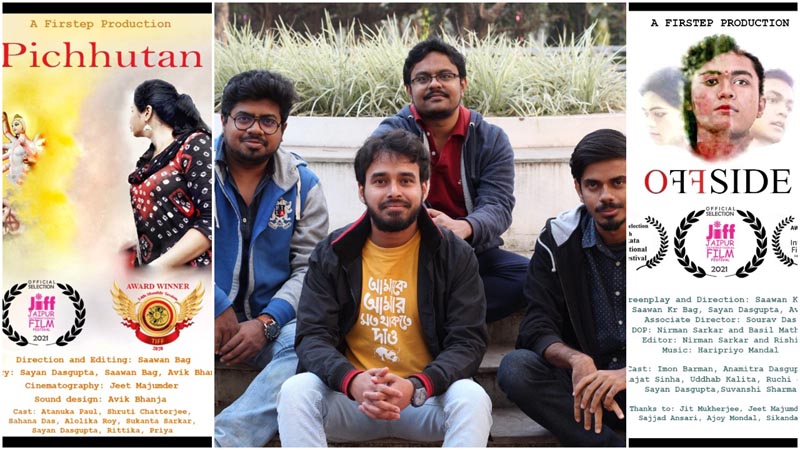 Kharagpur, West Bengal: A  group of research scholars from IIT Kharagpur in West Bengal is now basking in the glory of a feat which is not about their core academic pursuance in the country's premier technical institute. They in fact have just won an award for their mobile short film on the life of a sex worker.

Recently, their short film 'Pichhutan' got the award of "Best Mobile Short Film" in Jaipur International Film Festival (JIFF) 2021. This film was entirely shot on mobile and the budget was almost zero!

"The story is centered around a sex-worker, who doesn't want to quit her job as she has an attachment with her fellow workers and considers them as her family," said Jeet Majumdar of Dept. of Geology and Geophysics.

The core team of the group, "FIRSTEP PRODUCTION" comprised of Saawan K Bag (Dept. of Physics), Sayan Dasgupta (Center for Theoretical Studies), Jeet Majumder (Dept. of Geology and Geophysics), and Avik Bhanja (Dept. of Chemistry). In their spare time, they  make short films on different aspects.

"The story of our film is centered around a sex-worker, who doesn't want to quit her job as she has an attachment with her fellow workers and considers them as her family," Majumdar told IBNS. 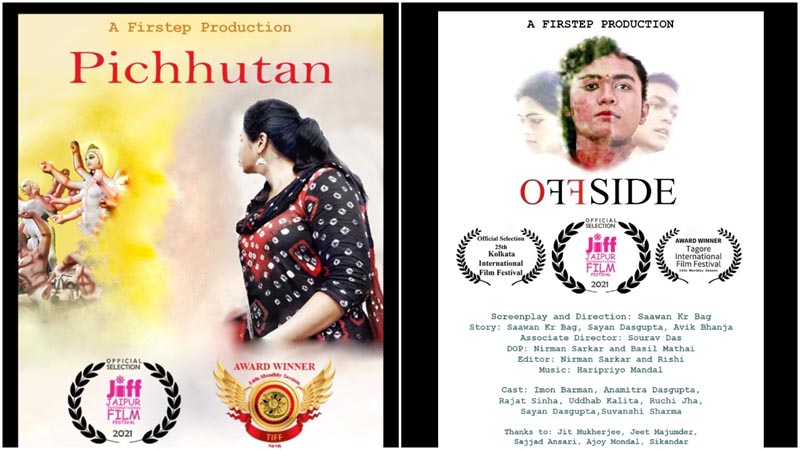 This short film is directed and edited by Saawan K Bag. The cinematography was done by Jeet Majumder, whereas the story was mainly developed by Saawan K Bag, Sayan Dasgupta, and Avik Bhanja.

The lead character of the film, Atanuka Paul is also a research scholar at IIT Kharagpur. Pichhutan earlier was awarded in the "Tagore International Film Festival" in 2020. Later on, was selected in the Jaipur festival, and also received the best film award among all the mobile short films from all around the world.

Saawan K Bag is a passionate story writer and director. He also does the editing part of the films. Jeet Majumder is passionate about photography and also loves to do videography. Sayan Dasgupta and Avik Bhanja are actors, contributing to most of the short films made by their production. Other than this, Sayan is passionate about theatre and Avik loves to recite poems.

Both of these films were made inside the campus of IIT Kharagpur.

"As we were not having any professional training from the very beginning, this kind of news brings great joy to us and motivates us to keep on doing the good work," said Majumdar.