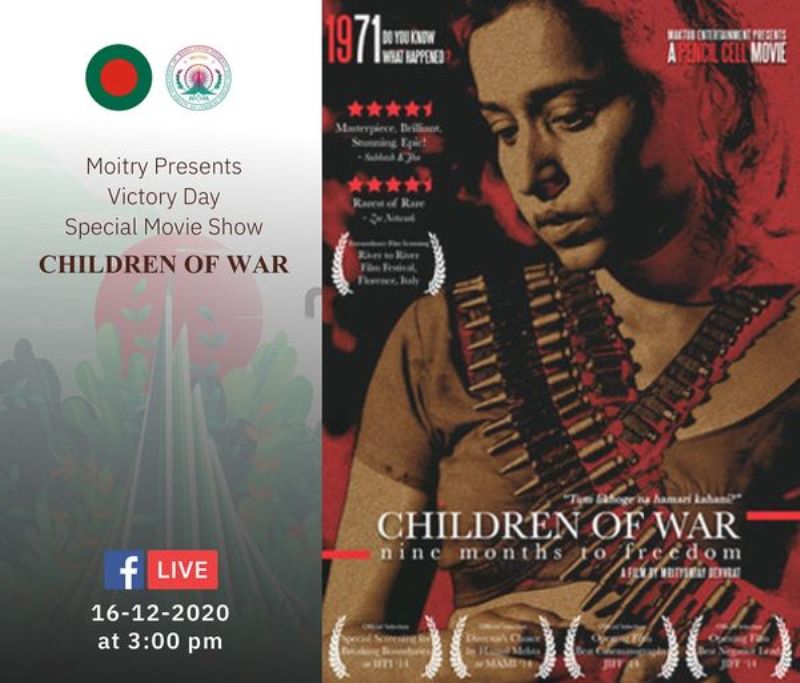 Dhaka: A Facebook page named 'Moitry' on Wednesday telecasted "Children of War" movie on the occasion of Vijay Diwas.

Children of War is a 2014 Hindi drama film directed by Mrityunjay Devrat.

Filmed in India with similar characters and places mimicking Bangladesh, the movie is based around the 1971 Bangladesh Liberation War.

Telecasting the movie, 'Moitry' commented on its Facebook page: "'Children of War' is a film based on the Indepnece of Bangladesh in 1971 directed by Mrityunjay Devrat and starred by Pavan Malhotra, Raima Sen, Indraniel Sengupta, Faroque Sheikh, Shatrunjay Devvrat, Riddhi Sen, Rucha Inamdar and Victor Banerjee."
It was telecasted at 3 PM BST.