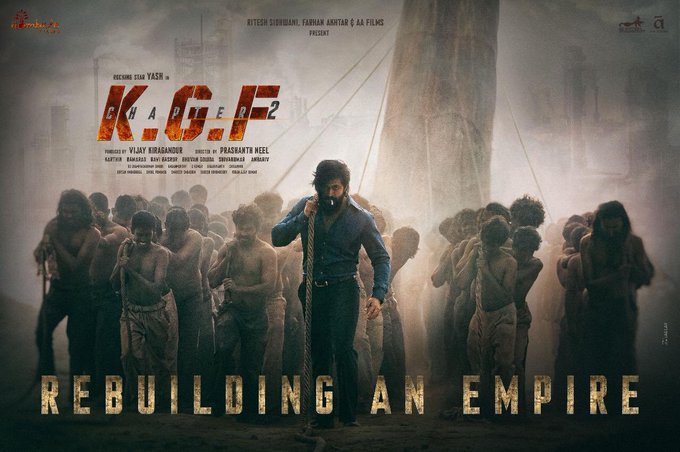 Chennai/IBNS: The first look poster of the upcoming movie KGF: Chapter 2 was released by its makers on Saturday.

The poster assumes significance as it features actor Yash.

The film is a sequel to K.G.F: Chapter 1 which was released in 2018 and stars Yash in the lead reprising his role from the first film and Bollywood actor Sanjay Dutt as the antagonist.

The movie is expected to release next year.