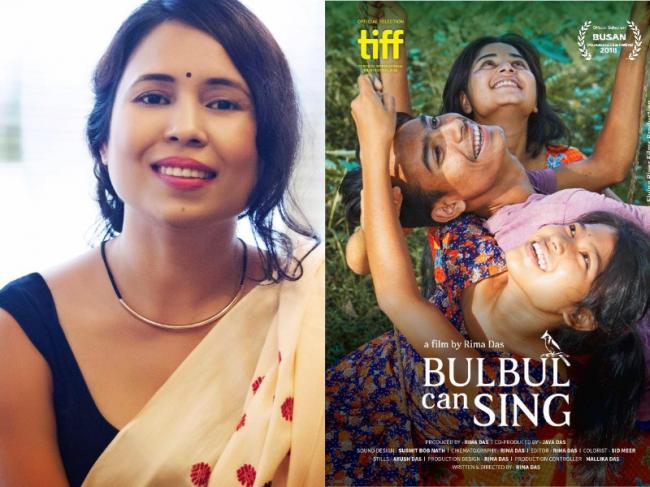 She took the global film festival circuit by storm with her feature film Village Rockstars. The same landed Rima Das a national Award. One of the most sought-after independent filmmakers in India presently, Rima, who hails from India's northeastern state of Assam, talks about her new film Bulbul Can Sing, her outlook towards movie making and her future endeavours in a chat with IBNS Canada correspondents Suman Das and Sudipto Maity at the Toronto International Film Festival (TIFF). Excerpts:

First and foremost, congratulations on receiving the National Film Award. Has life changed?

Lots of changes. India is a huge country, where films are made in a lot of different languages. To recognise an independent movie as the best film in India and award it is itself a huge honour. I am not the only one who is witnessing a change, but it’s a change that can be felt by our whole team and other independent directors too. It is very inspiring. (Village Rockstars will release in India on Sept 28, 2018.)

What is Bulbul Can Sing about? Why did you decide to make it?

The idea of Bulbul Can Sing came to me while making Village Rockstars. In Village Rockstars, I worked children. So, I had it in my mind to make a trilogy and thought that the next movie should be with teenagers. At first, I decided to make a teenage love story, but later on as I started writing and explored the idea more, it became more about love and friendship. Bulbul Can Sing explores how friendship and love are very instinctive, they come very naturally to us and how societal norms, especially in a village, influences these.


Last year, you said that Village Rockstars took around four years to make. So time was a luxury. What about this movie?

It took me a year to make this film, but I shot for 60 days, basically in the last three months (Laughs). I followed the same process that I had for Village Rockstars. I had derived a lot of confidence from the earlier film. You know, certain stories require more time than others. For this one, I just managed to finish it within a year. 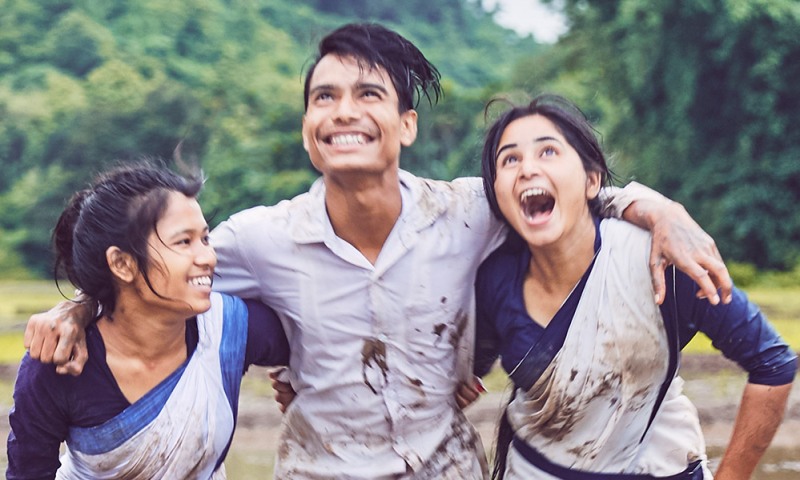 There were reports that you missed the Cannes (film festival) deadline for this movie...tell us a bit more about that incident.

(Laughs). It’s not right. I had just started it then, it was not yet ready. Sometimes a lot of what I say gets mis-phrased. I didn’t even try for Cannes. So, that’s it.

Going back to Village Rockstars, you had shot the movie with young amateurs. However, there's one professional actor in this movie. Was it a conscious choice?

No, it was more like going with the flow. In Village Rockstars, there too was a professional actor who played a guest role, a very important part. It’s not planned, it is how stories come to me. In the very beginning, I started with amateurs, but later on the story and the role demanded that I hire a professional. The character played by the professional actor is that of a complex human and I though that with an amateur I will not be able to extract that performance.

There are a few factors that have gone unchanged for this movie as well. The movie is in Assamese and is shot in Assam and the crew is by and large Assamese. You have said that Assam is your place and you understand your people better. Now, tell me, do you plan to get out of your comfort zone and make movies somewhere else, involving something other than Assam?

Yes, of course. I would love to come out of my comfort zone. Right now, I am going with the flow, with the stories that come to me naturally. We are planning a Hindi film, not necessarily a Bollywood film, but just the language. 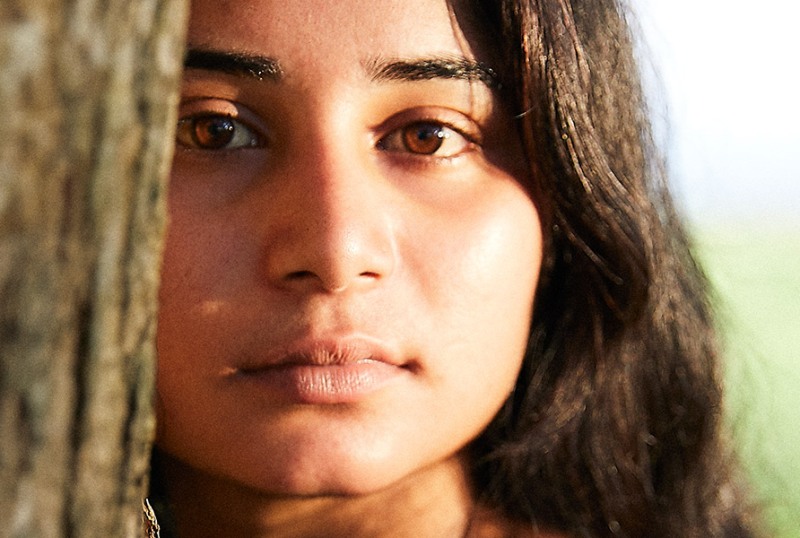 As far as the credit goes, you are the director, cinematographer, editor, producer, executive producer, screenplay writer...on a lighter note, don't you trust anyone with these jobs? How do you manage to wear so many hats at once? Share your work ethic with us.

I just managed…like I did in Village Rockstars. No, it’s not about the trust issue. My timings are very different. With Village Rockstars, it was different. Since I do not belong from any film school, I wanted to experience it all. For this one, since I am constantly travelling…look, after TIFF last year, the film gave be a global recognition and it travelled to 70 other festivals, so I had to travel every month. If you hire a professional team, a lot of things need to be considered, like time slots, availability. So, that is why I had to do it all by myself. In the future, I will definitely work with a professional team.

Tell us a bit about your editing process.

I edit while shooting the film, so, it happens very fast for me. While taking the shots, I know what should be captured and what shouldn’t be, it’s all in my mind. Having said that, it is a tiring job, my so far I have managed.

Rima, a lot has happened since we last spoke, a year ago...I am talking about the Hollywood scandals involving some big names and the aftermath, with the rise of TimesUp and MeToo. While Hollywood stars have been very vocal about their sufferings, In India, it has not been anything more than a murmur here and there. Have you ever come across any such circumstances, personally, or do you know of any such sexual harassment incident?

Not at all. Fortunately, I have not experienced anything like that at all. While making the film, even though I knew it was under my control, I was worried about travelling alone, but, like I said, nothing of that sort has touched me so far. Every time I have visited a place, people have looked at me with respect and I am very happy to share that. 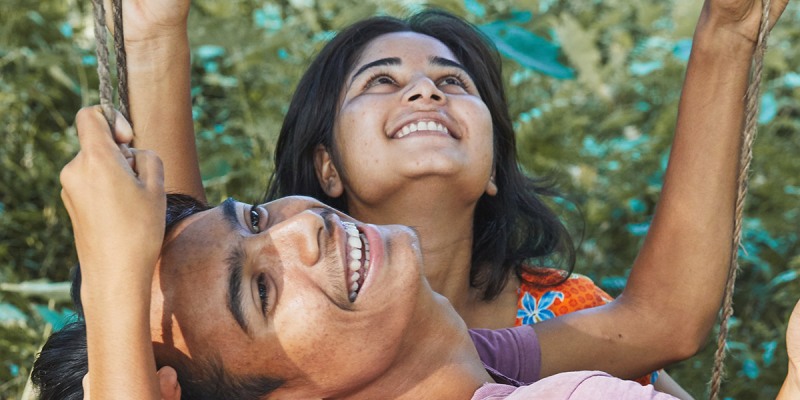 You are, by far one of the most sought-after movie makers in the Indian contemporary circuit, by virtue of Village Rockstars. So, there must be more pressure on you now? What do you reckon?

I am very passionate about movie making and while making my first film, I believed that I had nothing to lose. The second film after Village Rockstars, I thought, was going to be very important. A lot of my friends advised me to take time and make it. Look, with a movie, sometimes it may work, sometimes it may not work, but, I’ll keep making movies, since I love doing them.

Village Rockstars brought so much love. I want my audience to love this film as well. I am nervous and terrified. However, I am not terrified to make another movie.

You have said that Village Rockstars was a learning curve. What's your take-away from this movie?

I am still learning. Every film is different, it throws a different challenge when you work with a different cast and a different story. Village Rockstars and Bulbul Can Sing are not similar film. The treatment isn’t similar and even during editing, I try and do it differently. I am happy that so far it has worked.

Now that you are making films faster, can we expect another movie at TIFF next year? Do you have such plans?

I don’t know (laughs). I love to create something and is generally thinking about it constantly. But, a lot of other producers are approaching too and I want to make a movie with them. They have been waiting for the last one year, but I have not been able to give them time. Now I want to work with a professional crew and experience what it is like to make a movie with a better production value.

Having said that, I will always continue making my kind of movies and…doing everything alone (laughs).

Can we expect the last part of the trilogy next year?

It may not come next year, as I said, I want to work with other producers. But, the last part will definitely come. It’s in the process.