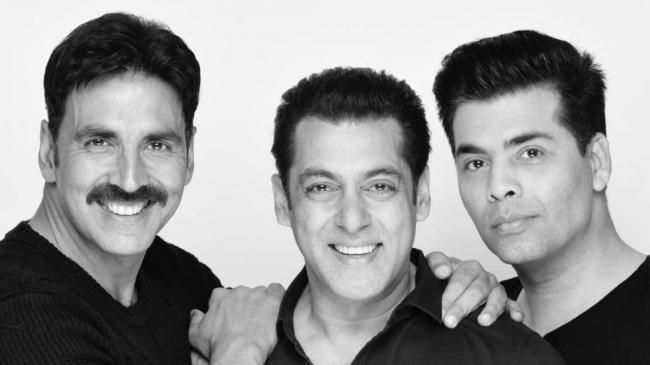 "Joining hands on a project where @akshaykumar is the hero and will be co produced by @karanjohar and #SKF," Khan tweeted.

Akshay Kumar also informed his fans about the project and posted: "Coming together for a film produced by friends, @BeingSalmanKhan and @karanjohar, starring me! Out in 2018."

Khan will be producing the movie under the banner Salman Khan Films (SKF).

Karan Johar said he is 'supremely excited' that he can co-produce the movie with Khan.

The film will be directed by Anurag Singh.