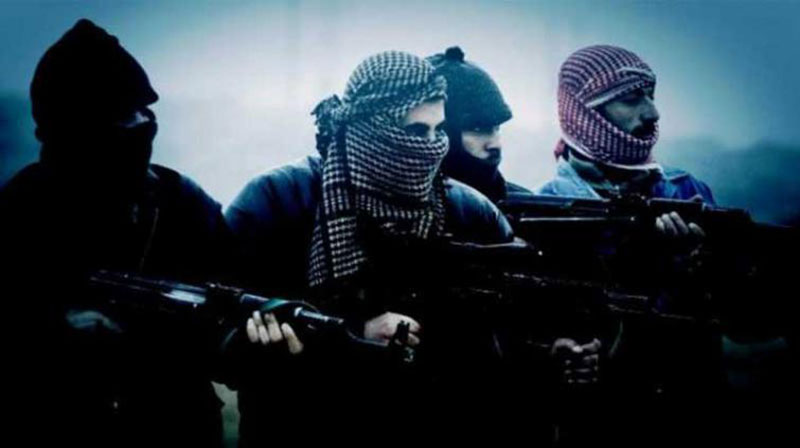 Balochistan: An eye for an eye

On September 30, 2022, three Military Intelligence (MI) and two Frontier Corps (FC) personnel were killed while several others were injured in an explosion at a sweet shop in the main market of Kohlu town (Kohlu District) in Balochistan. The Baloch Liberation Army (BLA), through social media, claimed responsibility for the incident, claiming that it had targeted a ‘secret agency hideout’.

On September 25, 2022, six Pakistan Army officials, including two majors, were killed after a helicopter ‘crashed’ during a rescue mission near Khost in the Harnai District of Balochistan. BLA ‘spokesperson’ ‘Jeehand Baloch’ claimed responsibility, asserting that the helicopter had been shot down by rocket launchers, and that two ‘enemy personnel’, identified as Naib Subaidaar Kaleem Ullah of FC 114 Wing Loralai Scouts and personnel of secretive agency Mohammad Faisal r/o Qasoor Punjab, had been ‘arrested’.

On September 9, 2022, three Special Service Group (SSG) Commandos were killed while one was injured by the Balochistan Liberation Front (BLF), during an operation in the Mazanband area of Mand town in Kech District. BLF ‘spokesman’ Gwahram Baloch claimed responsibility for the attack, adding, "Our attacks will continue with intensity until the independence of occupied Balochistan".

During 10 months and Nine days of the current year, Balochistan has recorded a surge in violence against SF personnel, taking fatalities to the double of the previous year. While there have been 142 SF fatalities in 2022, the corresponding period of 2021 recorded 71 SF fatalities. Through 2021, there was a total of 107 SF fatalities. In 2022, with 142 SF Fatalities out of a total of 272 throughout country, Balochistan leads in SF killings among all the provinces. With the ongoing trend, by the end of 2022, SF fatalities could be the highest in a single year, in the history of Baloch resistance movement.

According to partial data compiled by the South Asia Terrorism Portal (SATP), since March 6, 2000, when SATP started compiling data on conflicts in Pakistan, Balochistan has accounted for a total of 1,832 SF fatalities. A maximum of 178 fatalities were registered in 2012.

A North-South breakup of SF fatalities over the last 22 years indicates that SF fatalities in North Balochistan are consistently higher than South Balochistan. Since, March 6, 2000, out of the total of 1,830 SF fatalities in the province, 1,237 were recorded in the North, while 593 were in the South. However, in 2022, the previous trend is being reversed. Out of the 140 SF personnel killed in the province so far (data till October 9, 2022), 104 were killed in South Balochistan, and 36 in North Balochistan. This reversal demonstrated the growing strength of the Baloch insurgent groups in the South, which is the traditional stronghold of Baloch nationalist insurgency. The North is dominated by Sunni jihadi formations, most prominently the Tehreek-e-Taliban Pakistan (TTP).

The major Baloch insurgent groups include the Baloch Republican Army (BRA), Baloch Liberation Army (BLA), Balochistan Liberation Front (BLF), Balochistan Liberation Tigers (BLT) and United Baloch Army (UBA). Since January 2022, different Baloch groups have carried out at least 64 attacks out of a total 85 on SFs, in which 118 SF personnel were killed. The strengthening of the Baloch insurgent groups can be marked by the February 2, 2022, simultaneous attacks by BLA cadres on the Panjgur and Nuskhi Army camps in Balochistan, which resulted in 19 fatalities (15 terrorists and four SF personnel). Indeed, though Pakistan Government sources claimed only four SF fatalities, Radio Zrumbesh, quoting BLA ‘spokesman’ Jeehand Baloch, claimrd that 45 SF personnel were killed in the attack, when a ‘martyred’ fidayeen (suicide attacker) rammed his explosive-laden vehicle into the main gate of the Frontier Corps headquarters at Nushki, clearing the way for other fidayeen to enter.

Baloch militants are not capable of launching major attacks in Nuskhi and Panjgur. TTP (Tehreek-e-Taliban Pakistan) has the capability, experience and latest NATO weapons to launch such attacks. There's some understanding between the TTP and Baloch militants. They have their hideouts in Afghanistan.

The TTP-Baloch militant alliance speculation became clearer when TTP ‘spokesperson’ Mohammad Khurasani congratulated the Baloch insurgent groups for their attacks in Nuskhi and Panjgur. He stated, “The Pakistani Army is carrying out the massacre in Balochistan. We are against the massacre of Balochistan as well as in Waziristan by the Pakistani Army. Our enemy is common."

Since the February 2 twin attacks, emboldened Baloch groups have mounted repeated attacks on SFs, including some high-profile operations:

August 1: Six Army personnel, including Lieutenant General Sarfraz Ali, Corps Commander, XII Corps, were killed in an Army helicopter crash. The helicopter went missing in the Lasbela District of Balochistan in the night of August 1, and the wreckage was found near the Moosa Goth area on August 2. Baloch Raji Ajoi Sanger (BRAS) ‘spokesperson’ Baloch Khan, in a statement to the media, claimed the helicopter had been shot down. In addition to Lieutenant General Ali, the dead included Major General Amjad, Director General Coast Guard; Brigadier Khalid; the pilot Major Saeed; co-pilot Talha; and crew chief Naik Muddasir.

July 15: BLA cadres shot dead the head of the Counter Terrorism Department (CTD), Eid Muhammad Hassani aka Eido, near the Naurozabad Road in Kharan town (Kharan District). BLA ‘spokesman’ Azad Baloch claimed responsibility for the attack, declaring that Eid Muhammad had worked as Station House Officer (SHO) in the Kharan Police Department for many years before joining CTD, and was being used as a pawn by the Inter-Services Intelligence (ISI). At the behest of the ISI, he used to monitor the movement of Baloch cadres and to barricade the area. Apart from this, he had extra-judicially handed over Baloch youth to secret agencies on fabricated charges or without any grounds.

July 13: Army Lieutenant Colonel Laiq Baig Mirza, who was abducted along with his cousin Umer Javed by BLA cadres near the Warchoom area of Ziarat District, was killed, while five BLA cadres were later killed during an exchange of fire near the Mangi Dam area of same District. Lieutenant Colonel Laiq Baig Mirza and his cousin Umer Javed were returning after a paying a visit to the Quaid-e-Azam Residency. BLA ‘spokesperson’ Jeehand Baloch claimed responsibility for the incident, stating that Lieutenant Colonel Mirza was arrested in an intelligence-based operation by BLA’s special force, the Special Tactical Operations Squad (STOS). Mirza was a primary target and he was being tracked for days by BLA’s intelligence units. Mirza was ‘arrested’ as an officer of the ‘occupying forces’, and for his direct involvement in the Baloch genocide and grave human rights violations, including enforced disappearances of women and children, among other crimes. Mirza was killed by the BLA cadres when an Army Quick Reaction Forces team tried to rescue him.

The escalated attacks on Security Forces in Balochistan are substantially a consequence of the continuing frustration among Baloch nationalist groups over the systematic extermination of ethnic Baloch through enforced disappearances and extrajudicial killings by Pakistan security agencies. The Voice for Baloch Missing Persons (VBMP) held a press conference at the Quetta Press Club on February 11, 2022, where VBMP General Secretary Sammi Deen Baloch addressed journalists and the public, speaking of recent and alarming developments in the province. Sammi Baloch asserted that, after the Panjgur and Nushki attacks, “enforced disappearances” and “kill-and-dumps” had seen an dramatic spike in the province.

In its annual report, the Human Rights Council of Balochistan (HRCB), a Balochistan-based human rights group, underscored the dire human rights situation in Balochistan in 2021. According to the report, the year witnessed a drastic deterioration, as students remained the main target of the military and its shadow organizations, both in Balochistan as well as in other provinces of Pakistan. A large number of Baloch students were forcibly disappeared in 2021. HRCB received reports of enforced disappearance of 442 people, of whom 170 were tortured and later released, while the whereabouts of 272 people remained unknown. A total of 366 people has been confirmed killed.

Baloch enforced disappearances and extrajudicial killings have been deliberately ignored by the Pakistani State. However, the Judiciary has repeatedly reprimanded the Government and reminded it about its responsibility in this regard. In the latest instance, on September 9, the Islamabad High Court (IHC) summoned Prime Minister Shehbaz Sharif over the issue of the missing persons, observing that making people disappear was the “biggest form of torture” and that the chief executive of Pakistan would be held responsible in case of enforced disappearance. Prime Minister Sharif assured the Court, “I cannot say that all of the missing persons will be recovered, but we will leave no stone unturned. I will not give any lame excuse.”

Such assurances give cold comfort, against the backdrop of repeated Court interventions and assurances by the State in the past. The Government’s seriousness on the issue can be assessed by the fact that the Criminal Law (Amendment) Bill 2021, which was passed by the National Assembly (NA) on November 8, 2021, to amend the Pakistan Penal Code (PPC) and Code of Criminal Procedure, making ‘enforced disappearances’ a criminal offence had itself ‘disappeared’. A meeting of the Senate Standing Committee on Human Rights was informed on June 29, 2022, that the Bill could not be found and remained ‘missing’. Earlier, on January 3, former Human Rights Minister Shireen Mazari had revealed that the Bill had gone missing after it was sent to the Senate, having been passed by the relevant standing committee and the NA.

With Pakistan’s State agencies following a policy of targeted extermination against the Baloch people and the refusal of the State to take corrective action, the Baloch groups taken to retaliation against the SFs. The cycle of revenge killings can only escalate, since the Army authorities are responsible for this policy of genocide and, despite the posturing of the Judiciary and the civilian Government, no power within the country can challenge or hold the Pakistan Army to account.