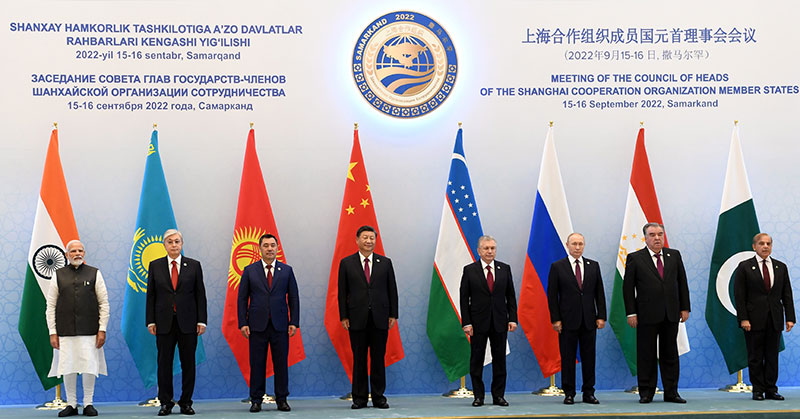 Samarkand: Prime Minister Narendra Modi on Friday suggested cultivation and consumption of millets as a solution to the global food security challenge and proposed a 'Millet Food Festival under the SCO'.

Addressing the SCO Summit here in Uzbekistan, the Prime Minister said that millets are a traditional, nutritious and low-cost alternative to the food crisis.

"The world today faces another major challenge - and that is ensuring the food security of our citizens. One possible solution to this problem is to promote the cultivation and consumption of millets," he said.

"Millets is a superfood that has been grown for thousands of years, not only in SCO countries, but in many parts of the world, and is a traditional, nutritious and low-cost alternative to the food crisis.

"The year 2023 will be celebrated as the UN International Year of Millets. We should consider organizing a 'Millet Food Festival' under SCO," the Prime Minister added.

The Prime Minister took to Twitter to say, "talked about India's efforts to further popularise millets. SCO can play a big role in marking 2023 as International Year of Millets".

"We should increase cooperation on traditional medicine among SCO countries. For this, India will take initiative on a new SCO Working Group on Traditional Medicine," the Prime Minister added.

The SCO Summit got underway in Samarkand, Uzbekistan on Friday with participation of the leaders of eight Member States, namely India, China, Russia, Pakistan, Kazakhstan, Kyrgyzstan, Tajikistan and Uzbekistan.

Later in the evening, the Prime Minister will pay floral tribute to the first President of Uzbekistan Islam Karimov who passed away in 2016.