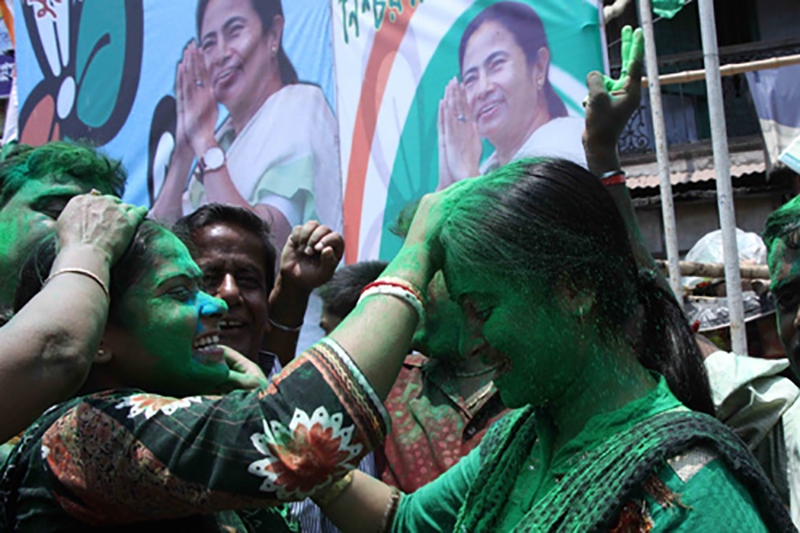 Kolkata/IBNS: West Bengal Chief Minister Mamata Banerjee's Trinamool Congress (TMC) went past the Opposition quite easily in two wards from as many as civic bodies, where elections were held Sunday.

The results are declared Wednesday.

In Asansol, Mayor Vidhan Upadhyay won from ward number six by 5,477 votes, comfortably ahead of his nearest competitor from the CPI-M candidate who got 1,206 votes.

While the Bharatiya Janata Party (BJP) has managed to get only 485 votes, Congress lagged behind with just 83.

In ward number 14 of Bongaon, TMC candidate Papai Raha won by a margin of 2,118 votes, defeating his nearest opponent Arup Kumar from the BJP, who got 724 votes.

While the CPI-M got 332 votes, Congress here also is placed in the fourth position with only 52 votes.