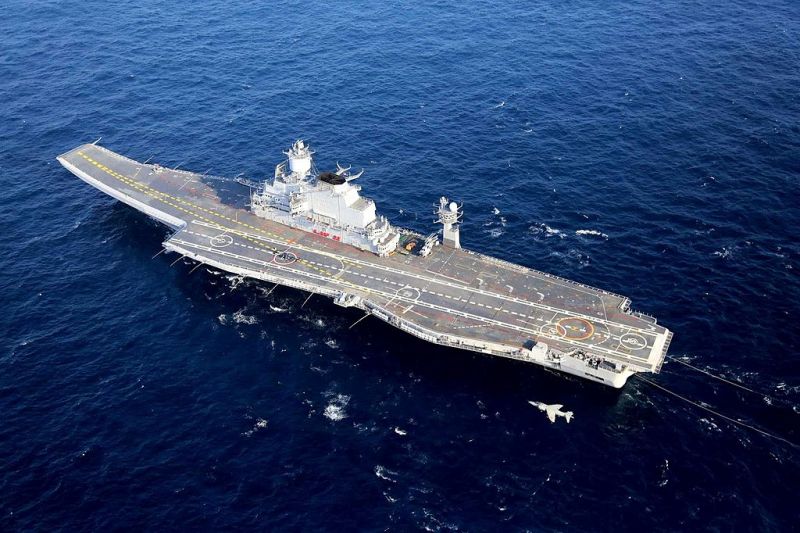 New Delhi/IBNS:  A fire broke out on board aircraft carrier INS Vikramaditya while operating off the Karnataka coast on Wednesday, the Indian Navy said in a statement.

The fire was brought under control by the crew. No casualties were reported, the navy said.

A board of inquiry has been ordered to probe the incident.

The $2.3 billion aircraft carrier came to India from Russia in January 2014. It was commissioned into the Indian Navy in November 2013 in north Russia's Severodvinsk and is now based in Karnataka's Karwar.

INS Vikramaditya is 284 metres long and 60 metres high. The ship weighs 40,000 tonnes and is the biggest and heaviest ship in the Indian Navy.