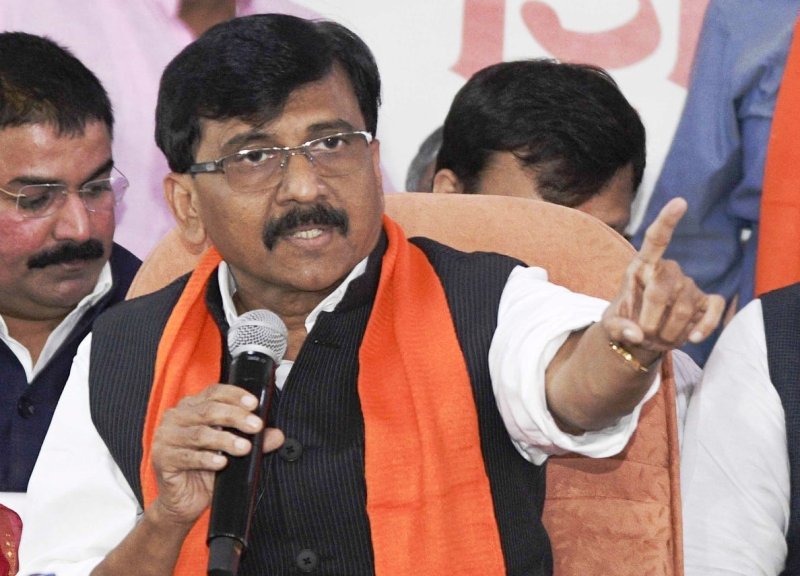 'How long will you hide in Guwahati?' Sanjay Raut asks rebels

Mumbai/IBNS: Shiv Sena spokesperson Sanjay Raut on Sunday took a swipe at the rebel leaders, who are camping in BJP-ruled Assam, asking them how long they will hide.

"How long will you hide in Guwahati? You will have to come back to Chowpatty," Raut tweeted with an image of Maharashtra Assembly Deputy Speaker Narhari Zirwal, who has served notices to 16 rebel MLAs on the Sena disqualification plea.

Zirwal, who is from Sharad Pawar's Nationalist Congress Party (NCP), has found himself at the centre of the political crisis in Maharashtra where the Speaker's post has been vacant since February 2021.

Apart from the notices to the rebels, Zirwal has rejected the no-confidence motion moved by minister Eknath Shinde's camp against him.

According to an NDTV report, Home Minister Amit Shah was also present in Vadodara, where Shinde arrived on a special flight from Assam's Guwahati.

Reportedly, 40-rebel Shiv Sena MLAs, who have rebelled against Uddhav Thackerays' leadership, are holed up in a five-star hotel in Guwahati in BJP-ruled Assam.

Post the talks with Fadnavis, Shinde returned to Guwahati.