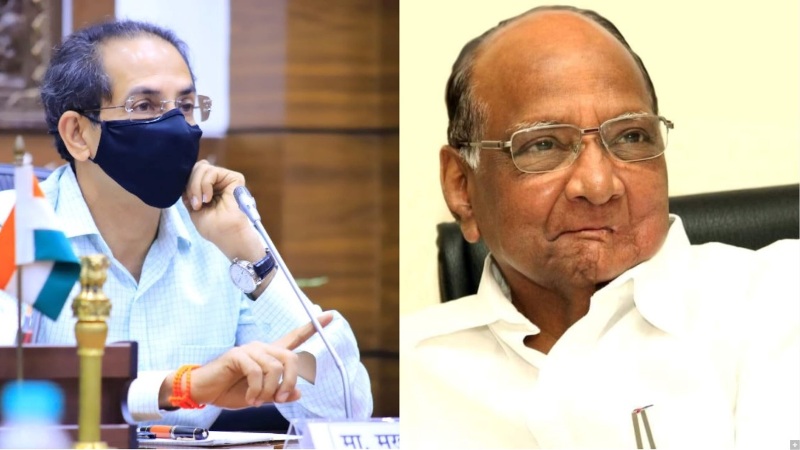 Sharad Pawar was joined by Deputy Chief Minister Ajit Pawar, state cabinet minister Jayant Patil and party leader Praful Patel in the meeting with Uddhav Thackeray at his family home 'Matoshree' in Mumbai in the evening.

Earlier, at a party meeting, an emotional Uddhav Thackeray told party workers that the rebels were "trying to break" the party.

"Why would I feel bad about those who have left? Without using the names of Shiv Sena and Thackeray, how will you move ahead," Thackeray said, targeting the rebel MLAs who have deserted him.

The Shiv Sena also sought the disqualification of four more MLAs in its fightback against the rebellion by Eknath Shinde.

In all, the Sena has sought the disqualification of 16 rebels who are camping at a hotel in BJP-ruled Assam.

Thackeray also said coup leader Eknath Shinde was targetting his son Aaditya Thackeray even as the latter's son is an MP too.

According to media reports, one of the causes behind Shinde's revolt was the rise of Aaditya Thackeray as a power centre.

On the issue, Uddhav Thackeray has reportedly said "Shinde has made his own son an MP then why does he have a problem with my son".

According to media reports, Eknath Shinde has claimed that he has the support of 40 MLAs but the number is likely to cross 50 soon.

The Shiv Sena has 55 MLAs in the Maharashtra assembly. Out of them, 40 to 41 are believed to be with Eknath Shinde in Guwahati.