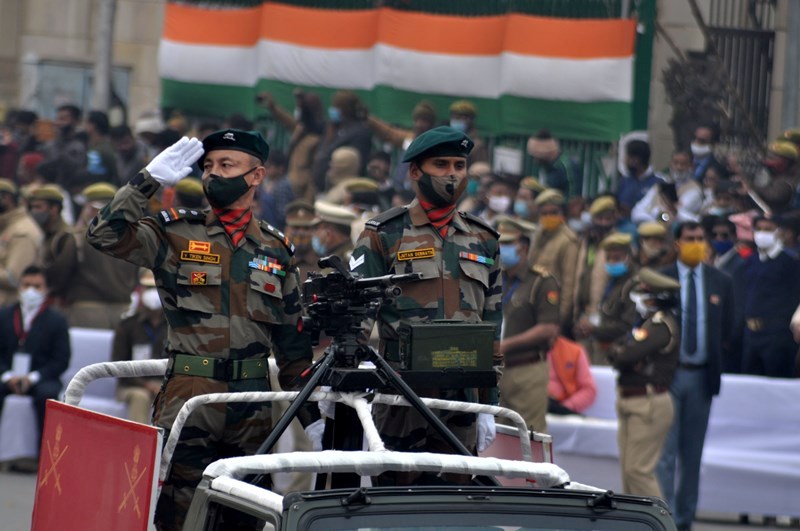 New Delhi/IBNS: The three service chiefs are set to meet Prime Minister Narendra Modi on Tuesday to brief him on the 'Agnipath' recruitment scheme amid nationwide protests by job aspirants and widespread violence over the same/

The Centre unveiled the Agnipath scheme on June 14 calling it a "transformative" one for the recruitment of soldiers in the Army, Navy and the Air Force, largely on a four-year short-term contractual basis.

However, since its announcement, the scheme has faced strong protests across the country.

In a bid to assuage the protesters, the Narendra Modi government on Saturday announced a 10 per cent reservation for 'Agniveers' (future recruits) in the Central Armed Police Forces (CAPFs) and Assam Rifles.

Despite the Centre's steps to address the concerns over the 'Agnipath' defence recruitment scheme, protests in several states continue with the job aspirants demanding a rollback of the scheme.

On Saturday, PM Modi, without directly mentioning the scheme or the protests over it, said, "It is our country's misfortune that many good things brought with good intentions get trapped in political colours. Media also gets dragged into it due to its TRP compulsions."

A day later in Bengaluru, PM Modi again said some decisions "may look unfair" at first, but will help in nation-building later.

Several opposition parties, including the Congress, have called "Agnipath" the latest blunder of the government, a part of the series that includes demonetisation and the farm laws.

On Thursday, the centre raised the upper age limit for recruitment under the 'Agnipath' scheme to 23 years for 2022.