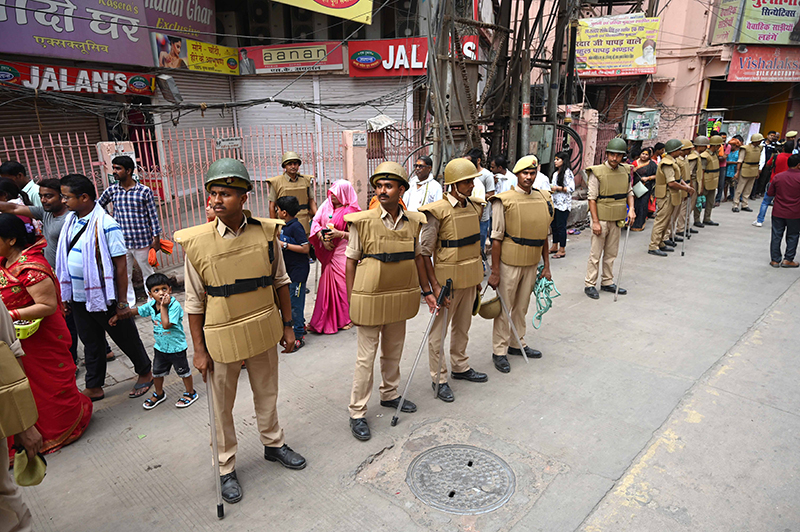 Varanasi: The three-day videography of Gyanvapi Masjid, located near the iconic Kashi Vishwanath Temple,  by a court-appointed panel has ended, a day before the end of the next hearing in the case, media reports said.

The survey work on Monday at 8 am and all the parties to the case were asked to remain present.

According to HT, till Sunday 80 percent of the videography had been completed by Sunday.

All arrangements were made to ensure no inconvenience was caused to the devotees visiting adjacent to the Kashi Vishwanath temple, Varanasi police commissioner A Satish Ganesh said.

"The survey commission has completed its work today. It has filmed all the places in detail. Three domes, underground basements, pond...all have been video recorded. The advocate commissioner will submit his report in the court tomorrow which will be prepared by the three commission members today. If the report is not finished on time, we will ask the court for more time," the government lawyer Mahendra Prasad Pandey told NDTV, adding that the entire process was peaceful.

Varanasi District Magistrate said that no details have been revealed by any member of the commission as the court is the custodian of the information about the survey.

One member was debarred from the survey for a few minutes yesterday from the commission but was later admitted.

The court order to conduct the survey came while ruling on a three-decade-old- petition, which stated that Mughal Emperor Aurangzeb had demolished an ancient temple of "Lord Vishweshwar" and "constructed a mosque with the help of the ruins of the said temple".

Last month, a Varanasi court had directed the Director-General of the ASI to "constitute a five-member committee of eminent persons who are experts and well-versed in the science of archaeology, two out of which should preferably belong to the minority community".

Five Delhi-based women -- Rakhi Singh, Laxmi Devi, Sita Sahu and others moved the court with their plea on April 18, 2021, seeking permission for daily prayers before the idols of Hindu deities on its outer walls, according to India Today. 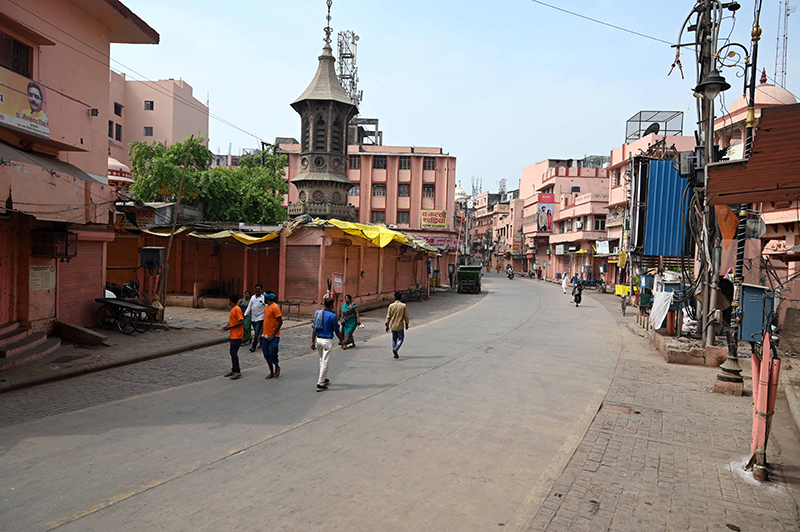 They also sought to stop the opponents from causing any damage to the idols.

A part of this survey took place on May 6 but there was halted temporarily after the mosque committee said the court had not ordered videography inside the mosque.

Vikram Shukla, a lawyer for petitioners, told NDTV on the first day of filming that they were satisfied with the proceedings.

"We accessed all the areas that the petitioners wanted. We told the commissioner about it and he in turn coordinated with the opposite side. There were clear orders that legal action would be taken against anyone who tried to stop the process but nothing of this sort happened," Shukla had said.

Lawyer Vishnu Jain told Aaj Tak/India Today TV over the phone, that a Shiva Linga was found inside the well. He said he would go to civil court to seek its protection.

However, a lawyer representing the Gyanvapi Mosque trust that approached the Supreme Court against the filming order saying it violates the Places of Worship Act, 1991, claimed nothing unusual was found during the survey.

"First everyone went inside, two locks to basements were opened, one was broken because it was old and rusted. There were just normal rooms. I don't think anything of significance was found," Tauhwed had said in an interview with NDTV on May 14.