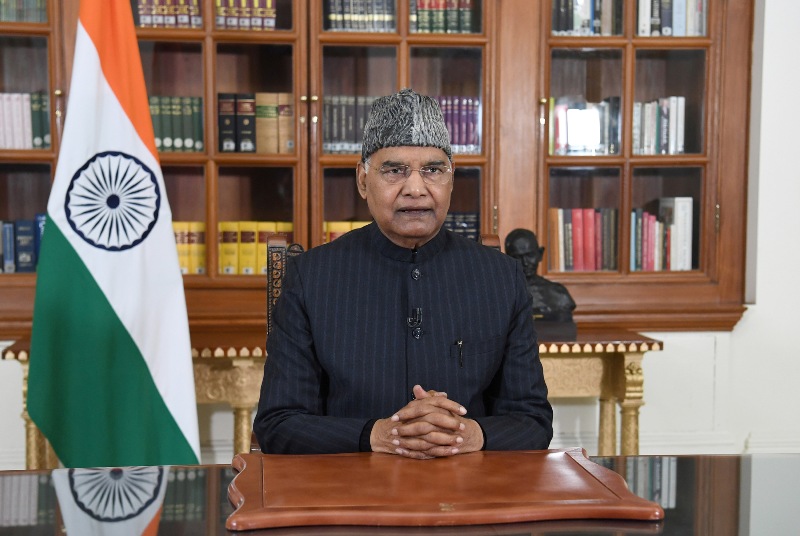 In his address to the nation on the eve of 73rd Republic Day,  Singh said: "As the supreme commander of the Armed Forces, I am glad to note that it has been a watershed year for women empowerment in the Armed Forces."

"Our daughters have broken a glass ceiling, and permanent commission has now been allowed for women officers in new areas. Also, the talent pipeline for the forces will be strengthened with women coming through Sainik Schools and the prestigious National Defence Academy. Consequently, our Armed Forces will benefit from better gender balance."

He also paid tributes to late Chief of Defence Staff General Bipin Rawat and 13 others, who died in a chopper accident last month.

“Last month, in an unfortunate accident, we lost one of the bravest commanders of the country - General Bipin Rawat - his wife and many brave soldiers. The entire country was deeply saddened by the tragic loss," he said.

“Today, it is our soldiers and security personnel who carry on the legacy of national pride. In the unbearable cold of the Himalayas and in the excruciating heat of the desert, far away from their families, they continue to guard the motherland,” the President said.

“It is thanks to the constant vigil of the armed forces securing our borders and the police personnel maintaining internal security within the country that their fellow citizens enjoy a peaceful life. When a brave soldier dies on duty, the entire country feels sad,” he said.

“Whether you are a doctor or a lawyer, a shopkeeper or an office-worker, a sanitation employee or a labourer, doing one's duty well and efficiently is the first and foremost contribution you make to the nation,” he added.

Kovind mentioned some "remarkable examples of our people strengthening the country and the society through their commitment and action in diverse areas."

"However, I will mention only two such instances.  The dedicated teams of the Indian Navy and Cochin Shipyard Limited have built an indigenous state-of-the-art aircraft carrier IAC Vikrant which is to be inducted into our Navy. Due to such modern military capabilities, India is now counted among the world's leading naval powers," he said.

Speaking about the COVID-19 pandemic, Kovind said: "A time of crisis has also made us appreciate how we all Indians are connected as one family. The time of social distancing has brought us close to each other. We have realised how much we depend on each other."

"Doctors, nurses and paramedics have risen to the challenge, working long hours in difficult conditions even at the risk of their lives to attend to patients. Others have kept the nation moving, managing supply chains and utilities. The leadership, policy-makers, administrators and others at the central and state levels have made timely interventions," he said.