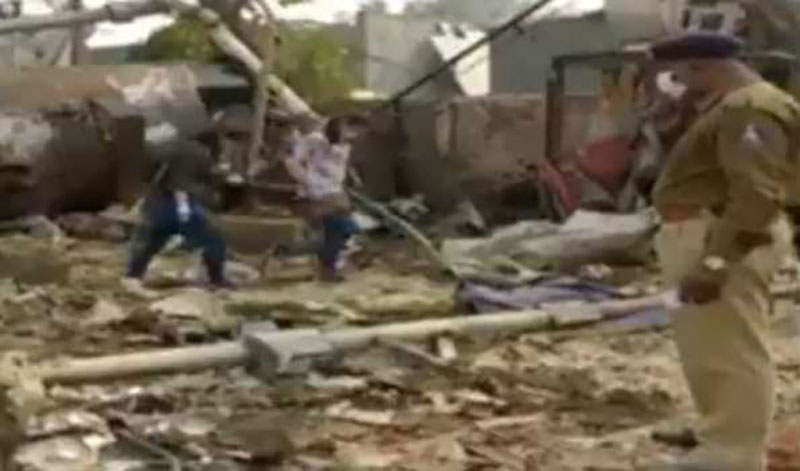 Vadodara/UNI: At least four workers, including a woman, were killed and over a dozen others injured on Friday when a boiler exploded at a pharmaceutical company plant in Makarpura industrial area of Vadodara in Gujarat.

Police said a fire broke out in the boiler of Canton Laboratories located at Makarpura GIDC after a sudden explosion, whose impact broke all the glass in the buildings and shattered them over a vast area.

The fire brigade brought the blaze under control. The workers had built a house near the boiler.

The death toll could go up, officials said.

Some children were said to be among the injured and dead.

Seven people were killed in a similar incident in a chemical company in Panchmahal district of central Gujarat earlier.