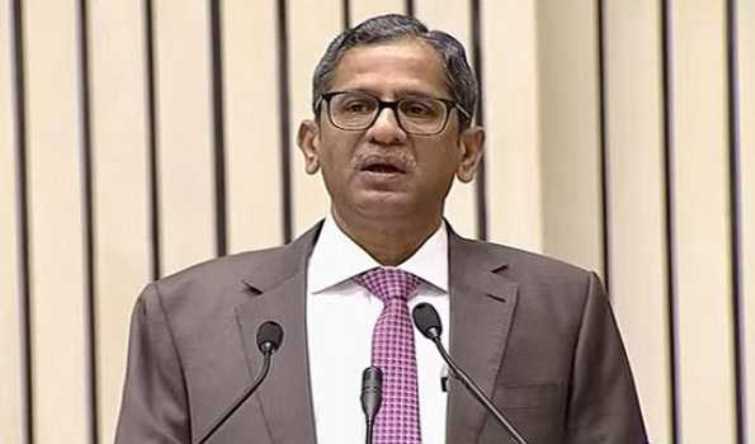 Speaking during the Constitution Day celebration as Chief Guest, organised by the Supreme Court Bar Association (SCBA), the CJI said, "We must protect the judiciary from motivated and targeted attacks. We must assist judges and the institution."

"We are all ultimately part of one large family. Do not shy away from standing up for what is right, and against what is wrong," he added.

The CJI urged young lawyers to respect the seniors. "Please respect and pay due regards to your seniors," he said, adding that they have immense experience, knowledge and wisdom, which no amount of book learning can provide.

Ramana said, "Learn from their example, and keep the flag of the legal profession flying high. The 'Laxman Rekha' drawn by the Constitution is sacrosanct, but there are times when courts are compelled to pay attention to unresolved grievances of justice.

"There is an increase in physical attacks on judicial officers. There are also attacks on the judiciary on social media. These attacks appear to be sponsored and synchronised. Law enforcement agencies must deal with them effectively. The government is expected to create a secure environment to let judicial officers work effectively," he added.