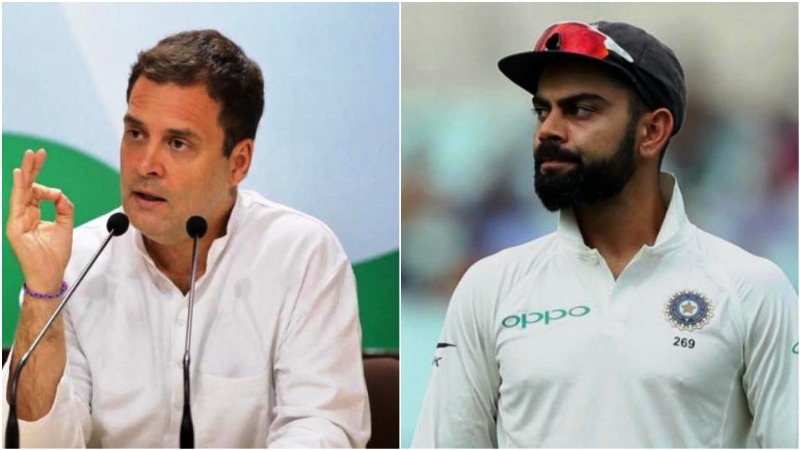 New Delhi/IBNS: Congress MP Rahul Gandhi has tweeted a message of support to Indian skipper Virat Kohli after sickening rape threats to his nine-month-old daughter in the wake of India's defeat to Pakistan in the ongoing T20 World Cup.

"Dear Virat, These people are filled with hate because nobody gives them any love. Forgive them. Protect the team," Gandhi tweeted Tuesday evening.

These people are filled with hate because nobody gives them any love. Forgive them.

Earlier in the day, the Delhi Commission for Women sent a notice to Delhi Police seeking "action taken" updates on the probe into the rape threats against Kohli's daughter.

The DCW has sought information on the probe and arrests, if any.

"If no accused has been arrested, please provide the details of steps taken by Delhi Police to arrest the accused," the notice said.

The police have been asked to provide the requested information by Nov 8.

This comes after last week Kohli took a against religious discrimination.

"Attacking someone over their religion is the most pathetic thing one can do as a human. That is a very sacred and personal thing. People take out their frustration because they have no understanding of what we do," Kohli told reporters before the match against New Zealand.

"We're playing on the field, we're not a bunch of spineless people on social media. This has become a source of entertainment for some people which is very sad. All this drama created on the outside is based on people's frustrations," he said.

"We stand by him 200 per cent. Our brotherhood in the team cannot be shaken," he said.

Shami was attacked brutally on social media after India’s 10-wicket loss to Pakistan in a T20 World Cup match.