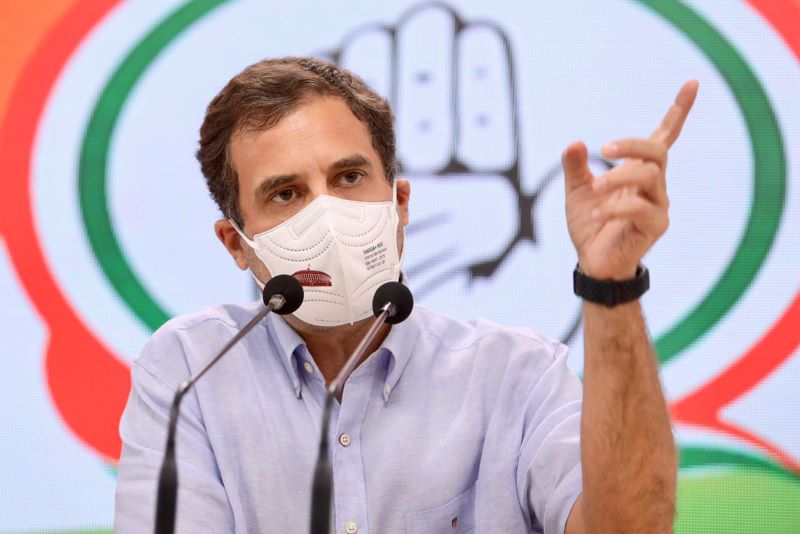 New Delhi: Congress leader Rahul Gandhi on Wednesday welcomed the verdict given by the Supreme Court over Pegasus row and said it  is an attempt to crush Indian democracy.

" It is a politically motivated move to weaken democracy,' Gandhi said while addressing a press conference.

Targeting the PM, he said: "If the Prime Minister is using data as a personal tool then this is illegal."

"We want a discussion in the Parliament, we want to know who ordered this snooping tool to invade the privacy of the Judiciary, the opposition leaders and the central institutions?" he said.

The Supreme Court Wednesday formed a three-member committee to probe into the snooping allegations that were levelled against the Narendra Modi government earlier this year, media reports said.

The allegations will be probed by the committee, which will be headed by former Supreme Court judge RV Raveendran.

The other members of the committee will be Alok Joshi and Sandeep Oberoi.

Chief Justice of India (CJI) NV Ramana has directed the committee to probe into the issue and place the report before the court. The next hearing will take place after eight weeks.

In a strong statement against the Centre, the top court said, "National security cannot be the bugbear that the judiciary shies away from, by virtue of its mere mentioning. Although this Court should be circumspect in encroaching the domain of national security, no omnibus prohibition can be called for against judicial review."

The apex court stated since the Centre didn't specifically deny the allegations, it has "no option but to accept the submissions of petitioner prima facie and appoint an expert committee whose function will be overseen by the top court", Times Now reported.

Though the particular spyware is sold only to a vetted government, Union IT Minister Ashwini Vaishnaw countered media reports on the Pegasus issue and said 'illegal surveillance' is not possible in India.

"I’m sure my colleagues in the opposition who have been in Government for years would be well aware of these protocols. Since they have governed the country, they would also be aware that any form of illegal surveillance is not possible with the checks and balances in our laws and our robust institutions," Vaishnaw had said in Parliament.