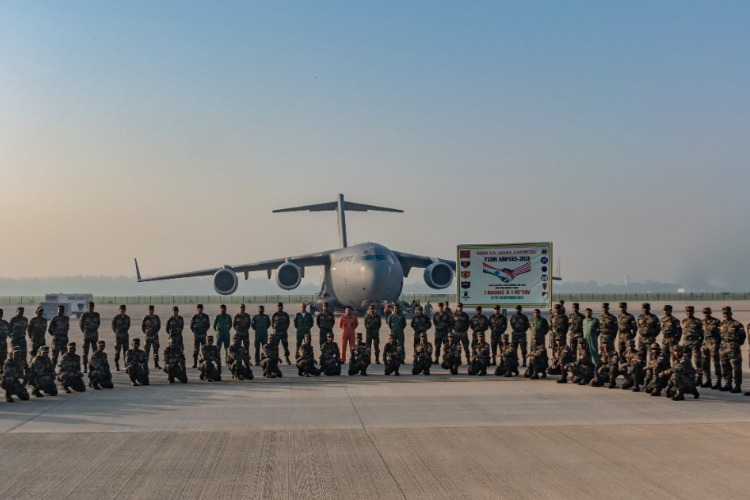 From India, 350 soldiers of the 7 Madras Infantry Battalion Group of the Indian Army is participating alongside the 300 American soldiers belonging to the First Squadron (Airborne) of the 40th Cavalry Regiment.

The opening ceremony held Friday saw the unfurling of the national flags of both countries as the national anthems, “Jana Gana Mana” and “The Star Spangled Banner” played.

The 14-day training schedule includes activities on joint training in counter-insurgency and counter-terrorism operations under the United Nations mandate.

According to the statement, he urged both contingents to focus on improving cohesion and inter-operability to achieve the training objectives of the manoeuvre and stressed the importance of free exchange of ideas, concepts and best practices between the troops and the necessity to learn from each other’s experiences.

The joint exercise will facilitate both military legions to know each other better, share their wide experiences and enhance their situational awareness through information exchange, it added.

It will also help them to undertake joint operations at the battalion level in mountainous terrain with cold climatic conditions under the ambit of the United Nations, the statement said.