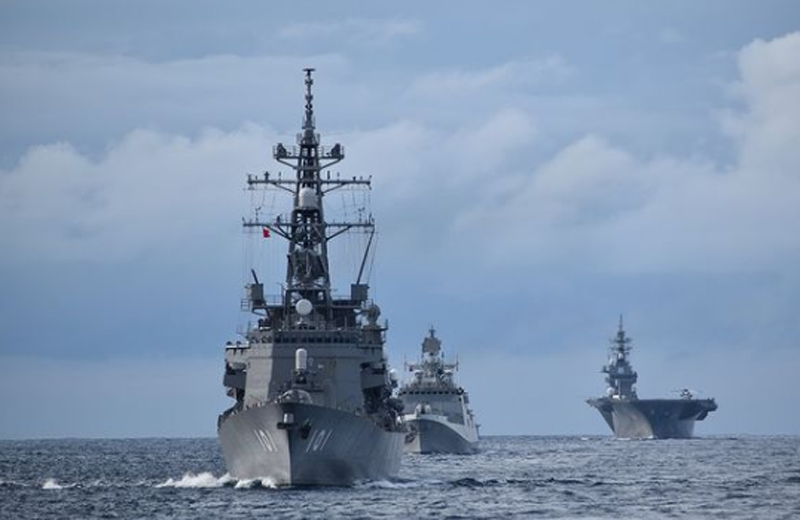 The Indian Navy (IN) would be participating in the Second Phase of Multilateral Maritime Exercise Malabar along with the Japan Maritime Self Defence Force (JMSDF), Royal Australian Navy (RAN) and the United States Navy (USN).

First Phase of the exercise was conducted in the Philippines Sea from 26 – 29 Aug 2021.

The US Navy will be represented by the Aircraft Carrier USS Carl Vinson along with two destroyers, USS Lake Champlain and USS Stockdale, read a government statement.

The Malabar series of exercises, which began as an annual bilateral naval exercise between India and the US in 1992, has seen increasing scope and complexity over the years.

The 25th edition of MALABAR, being conducted in two phases, while observing all protocols during the COVID-19 pandemic, is reflective of the commitment of the participating countries to support a  free, open, inclusive Indo-Pacific as well as a rules-based international order.