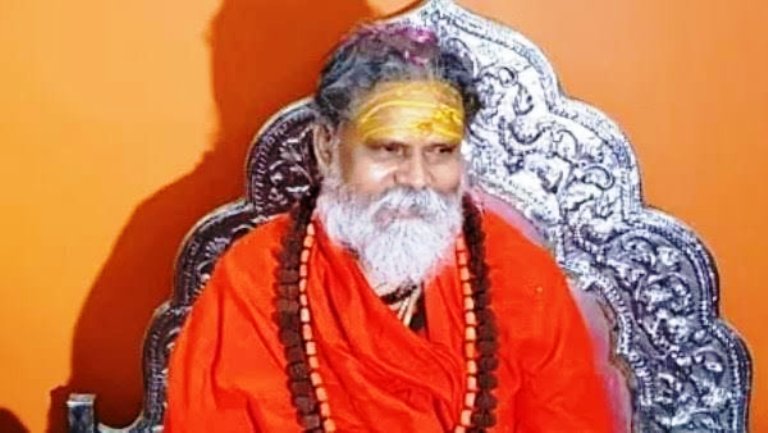 Prayagraj/UNI: The CJM court on Monday accepted the Central Bureau of Investigation (CBI)'s application for remand of three accused in connection with the death of Akhil Bharatiya Akhara Parishad chief Mahant Narendra Giri who was found dead last Monday.

The remand period is from 9 am on Tuesday to 6 pm on October 4.

The CBI had sought a 10-day remand but the CJM court first granted five days.

When CBI requested for more days, the court extended it for a week.

Sources said CBI will take all three--Anand Giri, Aadya Prasad and Sandeep Tiwari-- in their custody from the court on Tuesday.

The CBI is likely to take Giri to Haridwar. He was in Haridwar, when Mahant Narendra Giri was found dead.

On behalf of the CBI, Prosecution Officer Ankit Tomar had applied for ten days remand of the three accused in the court here.

All the three accused are lodged in the Central Jail Naini here. On the demand of the CBI, the hearing on this case was done Monday through video-conferencing.

Mahant Narendra Giri, in his purported suicide note, had accused all three of blackmailing him and held them responsible for his death. A case has been registered against Anand Giri, Aadya Prasad Tiwari and his son Sandeep Tiwari for abetting the suicide.

Meanwhile, The CBI has also seized the suicide note, which is said to be of Mahant Narendra Giri. Many questions were also being raised about the suicide note written on the letter pad of the math.

Now, the CBI is scrutinizing the letter to know whether it was Mahant's writing or not. In order to find out the reality of the suicide note, along with the writing expert, the help of technology is also being taken.

Meanwhile, the CBI team continued to interrogate sadhu and saints of the Bhagambari math on Monday.