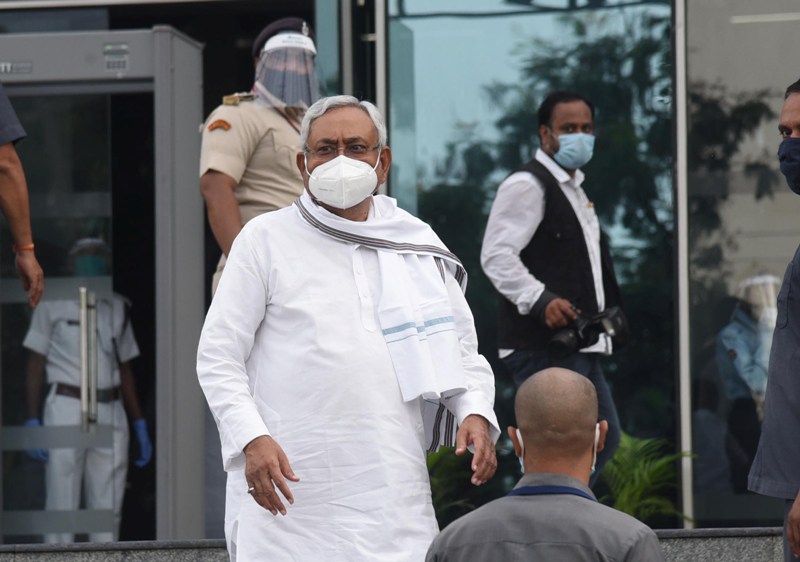 According to an NDTV report, the Janata Dal United leader will skip the event ostensibly because of the possible third wave of Covid-19, the flood situation and the outbreak of viral fever in Bihar, JD(U) national president Lalan Singh has said in Patna on Saturday.

However, the real reason for his absence as confirmed by his party members is that he wants to avoid sharing the stage with too many anti-BJP leaders at the moment as the function on September 25 at Haryana is being promoted as the coming together of the third front force.

The report citing the sources said Kumar doesn't want to nettle BJP any more after demanding an enquiry into the Pegasus snooping scandal and leading a delegation to Delhi, demanding caste census.

Indian National Lok Dal (INLD) leader Abhay Chautala, who is organising the rally in Haryana's Jind, had said last week that Kumar had confirmed his presence.

The leaders of the third front leaders -who are opposed to the BJP-such as Mulayam Singh, HD Deve Gowda and Prakash Singh Badal will attend the rally. Other regional heavyweights like Mamata Banerjee and Sharad Pawar have been also invited, among others.

During one of his recent trips to Delhi, Kumar had met Om Prakash Chautala, prompting speculations, but he had dismissed the questions, saying that he shared personal ties with his former Haryana counterpart.

Chautala's INLD opposes the ruling BJP in Haryana, but Jannayak Janta Party, an outfit floated by his estranged grand nephew Dushyant, is the major ally of the party in the state government.