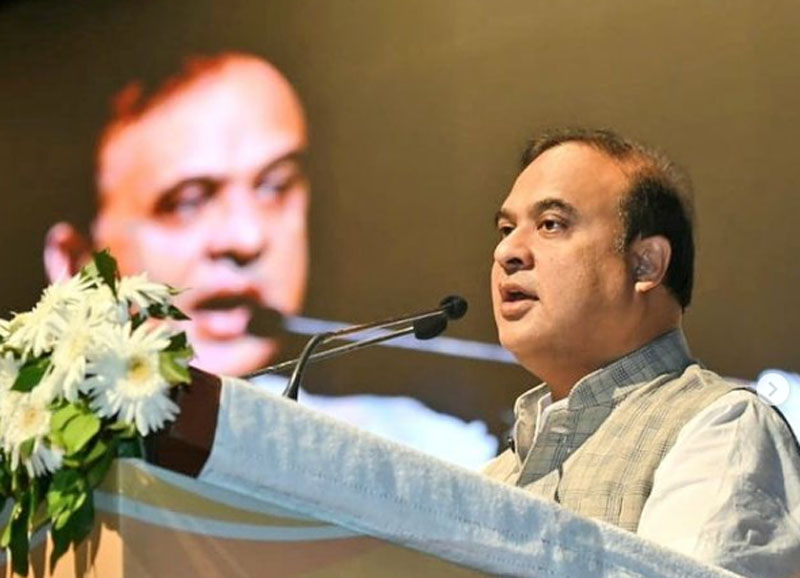 I will be very happy if my arrest can resolve Assam-Mizoram border dispute: Himanta Biswa Sarma

Guwahati: Amidst Assam-Mizoram boundary row, Assam Chief Minister Himanta Biswa Sarma on Sunday said he will be very happy if his arrest will resolve the Assam-Mizoram border dispute.

“I am very happy if filing an FIR against me can resolve the Assam-Mizoram border dispute. If police give me notice then I will go and join the investigation. I will go from Silchar to Vairengte and will join the investigation. If Mizoram police will arrest me, I will not go to seek interim bail from the Gauhati High Court. But we will not allow our officers to be investigated when the place of occurrences within the state of Assam,” Himanta Biswa Sarma said.

“But if notice is served to me, I will go walking to Vairengte. I will start my Padayatra from Silchar and I will reach Vairengte. If my arrest will resolve the dispute, why not arrest me today itself,” Himanta Biswa Sarma said.

Talking about the investigation process over the violent incident, the Assam Chief Minister said that, why Assam police or Mizoram police need to investigate, let it be investigated by either NIA or any central government agency.

“We don’t have to file FIR against anybody. But if somebody died then the case need to be investigated. So what I have proposed why Assam police need to investigate, why Mizoram police need to investigate. Let it be investigated by either NIA or any central government agency. Some proof has to be there, if lost of life is there, their parents can go and file a case. So victim’s family has right to seek a clouser. It is not about Assam and Mizoram, it is about six lives. It is always better that case is investigated by a some third party who is neutral,” Himanta Biswa Sarma said.

The Assam Chief Minister also said that, since July 26 on the day the violent incident was happened that took place at Lailapur area resulting in the deaths of six Assam police personnel and wounded 50 others, he talked with his Mizoram counterpart Zoramthanga for not less than 18-20 times.