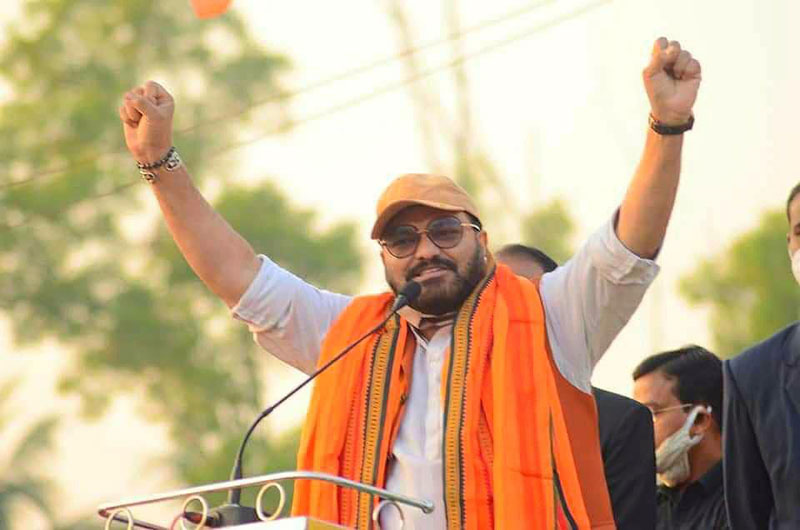 Kolkata: Former Union Minister and BJP MP Babul Supriyo on Saturday announced his decision that he might quit politics.

He made the announcement on his verified Facebook page .

Beginning the post with 'Alvida', Babul Supriyo expressed his desire to quit politics and to continue social works without being tagged with a political party.

Though, Supriyo also clarified that he is not going to join any other political party.

"I am not going to join TMC, Congress or CPI-M, I want to confirm that none has invited me and I am going nowhere," Babul Supriyo wrote.

"In last few days, I met Amit Shah and J.P. Nadda several times to inform them about my wish to quit politics, but they had inspired me every time and sent me back," Supriyo added.

Babul Supriyo, who had directed weeks ago to resign as Union Minister during the Modi government's ministry-reshuffle, also hinted that his decision or wish to quit politics was somehow linked with leaving the ministry.

The Asansol MP also indicated that his dissension with the state BJP leaders was another reason behind his decision.