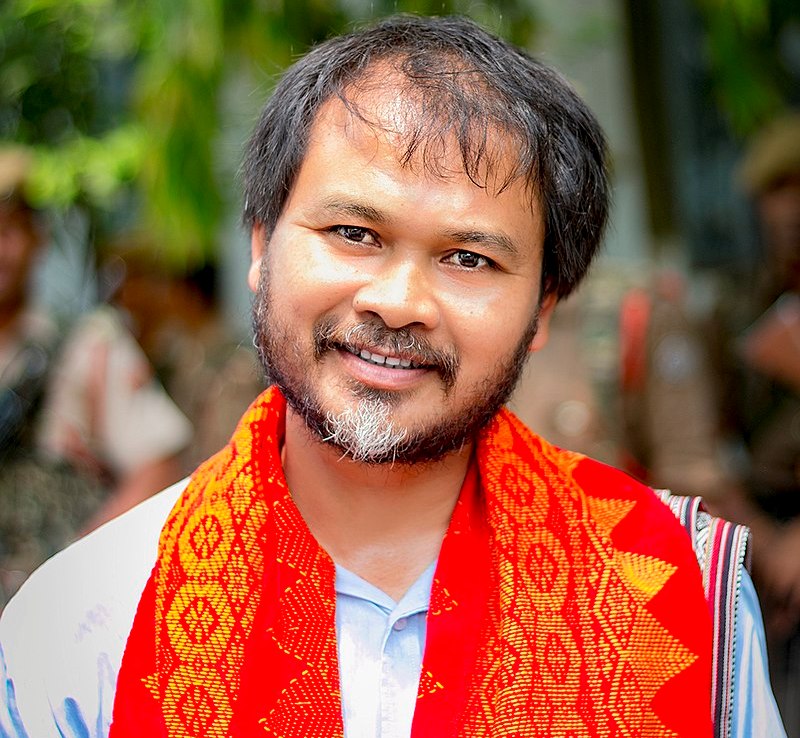 Guwahati/IBNS: Assam leader Akhil Gogoi walked out of prison on Thursday after spending one and a half years in detention for his alleged role in Citizenship Amendment Act (CAA) protests , hours after National Investigation Agency (NIA) Court cleared him in a pending case, according to media reports.

The NIA had booked the Sibsagar MLA in two cases and charged him with several sections of IPC and anti-terror laws UAPA [Unlawful Activities (Prevention) Act] and also accused him of sedition.

Gogoi, who is the president of Raijor Dal, had stayed in the Guwahati Medical College Hospital (GMCH) since last year because of various ailments.

He was acquitted last week in another case filed by the NIA against him.

"Today is a historic day for an independent judiciary," the peasant leader was quoted as saying by NDTV.

"Everywhere, we are seeing that there is no democratic atmosphere in Indian polity and policy. But this judgement gives us hope. The UAPA is a draconian law... it should be scrapped. Now, I will fight against the anti-terror law," he added.

According to HT, Gogoi said it was unimaginable that the court would deliver such a "free and fair" judgment despite pressure from the government. It shows that the judiciary is still independent and the public can have faith in it,” he added.

“I will first go to visit the parents of Sam Stafford, the first martyr of the anti-CAA protests in Assam. From there, I will go to the office of Krishak Mukti Sangram Samiti and then to Raijor Dal office. Early tomorrow morning, I will leave for my constituency,” Gogoi told journalists minutes after his release, reported Hindustan Times.

Gogoi had been lodged in jail for his alleged role in CAA protests since December, 2019.

He hit out at BJP saying that the ruling dispensation has no democratic spirit in any of its actions and the political and social atmosphere is no more democratic, according to NDTV.

"If you say anything on social media, or in public domain, a case is filed against you or you're arrested. They (BJP) will make Assam another Uttar Pradesh," Gogoi was quoted as saying in an NDTV report.

According to the report, on winning the Assam Assembly elections from the prestigious Sibsagar seat without campaigning, he said, "The victory in polls was historic. I did not have to spend a single penny from my pocket for the election campaign."

On the Citizenship Amendment Act, Gogoi said he would be the voice of the people in the Assam assembly, the report added.

The NIA Court had granted bail to Gogoi in the Chabua case in October last, but the probe agency challenged the decision in the Gauhati High Court.

In April this year, the Gauhati HC upheld the NIA court's decision and dismissed the appeal by the investigating agency.