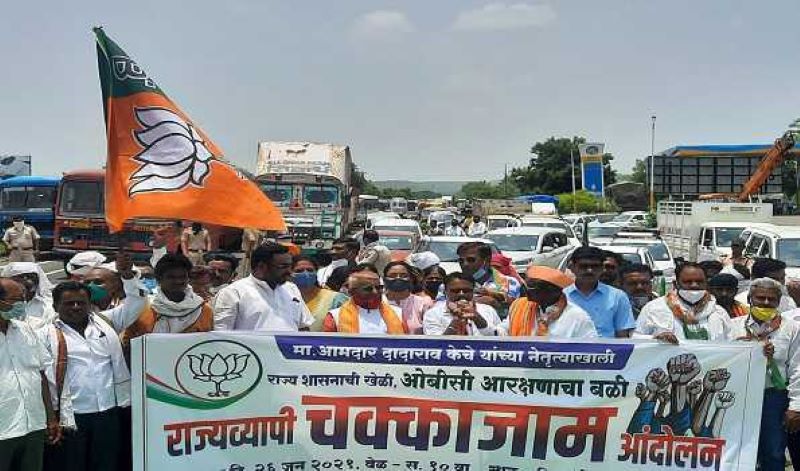 Nagpur/UNI: The Other Backward Classes (OBC) reservation is turning into a hot political issue in Maharashtra as Bharatiya Janata Party (BJP) on Saturday staged a 'Rasta Roko Andolan' (road blockade) in Nagpur and across state to press the demand to provide justice to the community.

BJP leaders and thousands of workers gathered at Buldi square and staged a protest throwing vehicular traffic out of gear causing a jam.

However, the MVA government did not do anything and if one looks at the case one can realise that the Maharashtra government is trying to deprive the OBC community of political reservation, they alleged.