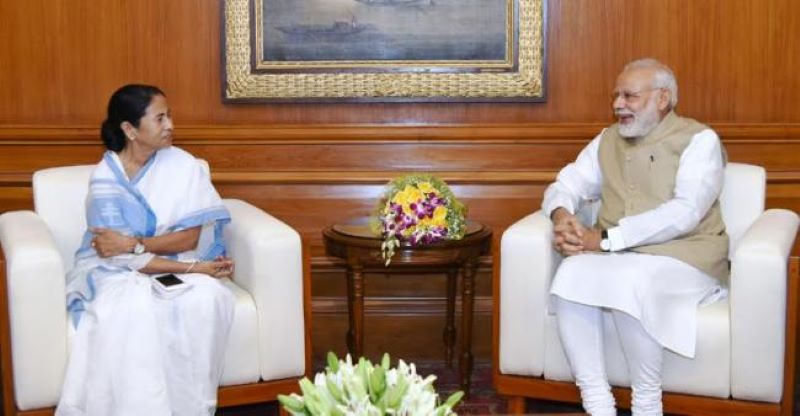 Kolkata/IBNS: West Bengal Chief Minister Mamata Banerjee on Tuesday wrote to Prime Minister Narendra Modi regarding the availability of Covid-19 vaccine in the state where she said that the 'universal vaccine policy' announced by the Centre had appeared to be hollow.

"Now when the number of cases in the second wave of Covid is spiraling like anything, the Centre has chosen to tactically indulge in empty rhetoric and shy away from its responsibility for making available vaccines to the people of the country," Banerjee wrote.

The Bengal CM also said that the Centre's announcement did not address major issues like ensuring the quality, efficacy, stable flow of supply of required number of vaccines by the manufacturers and the price at which vaccines are to be purchased by the States.

"It is apprehended that the announced policy might lead to unscrupulous mechanisms in the market, including pricing of vaccines as it appears to be based on market prices which may put the common people under huge financial burden," Mamata Banerjee wrote in the letter.

"The supply of vaccines would become very erratic as the vaccine manufacturers are hardly prepared to scale up their production capacities to the desired levels to meet the nationwide demand," she added.

"I would earnestly request you to kindly ensure a fair, transparent and credible vaccination policy," Mamata wrote.