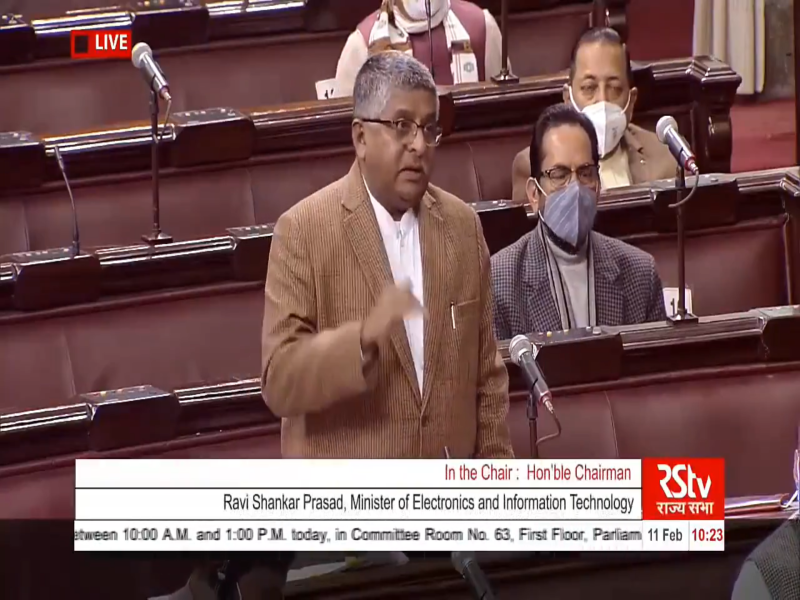 Social media sites in India have to follow law of the land : Ravi Shankar Prasad

New Delhi/UNI/IBNS: Taking a stern stand, the government on Thursday said the social media companies will have to completely abide by the Indian laws or face strict action.

Replying to a supplementary questions in the Rajya Sabha, Union Minister for Electronics and Information Technology Ravi Shankar Prasad said the government respects freedom of expression on social media sites but won't hesitate to punish them if they spread misinformation, incite violence or attempt to influence the elections.

We have immense respect for social media as it has empowered the citizens but today I want to clearly state that be it Twitter, Facebook, LinkedIn or WhatsApp they are free to work in India but they need to abide by the Constitution of India and laws of India. pic.twitter.com/DTwLf0Xc6S

He further said that the companies operating these platforms will have to work in a fair manner and in accordance with the laws.

Mr Prasad confirmed that the government has recently taken up a matter with Twitter officials in connection with the controversy over some posts.

Asked to take action against fake news by news channels, Mr Prasad said, "My department takes action from time to time on the issue. This government is led by leaders who have fought for the freedom of media. We fought during Emergency, be it PM Modi or Rajnath Ji. Our commitment to individual freedom and judiciary is intact."

He asserted that the social media companies have to keep in mind the Indian Constitution and laws while framing their own rules and regulations.

"We welcome social media companies to work in India, bring FDI and wealth to our country. We appreciate their good work. But we judge them by the rules and regulations they have framed to operate. If they ignore Indian Constitution and Indian laws in framing these laws, we are not going tolerate that," he maintained.