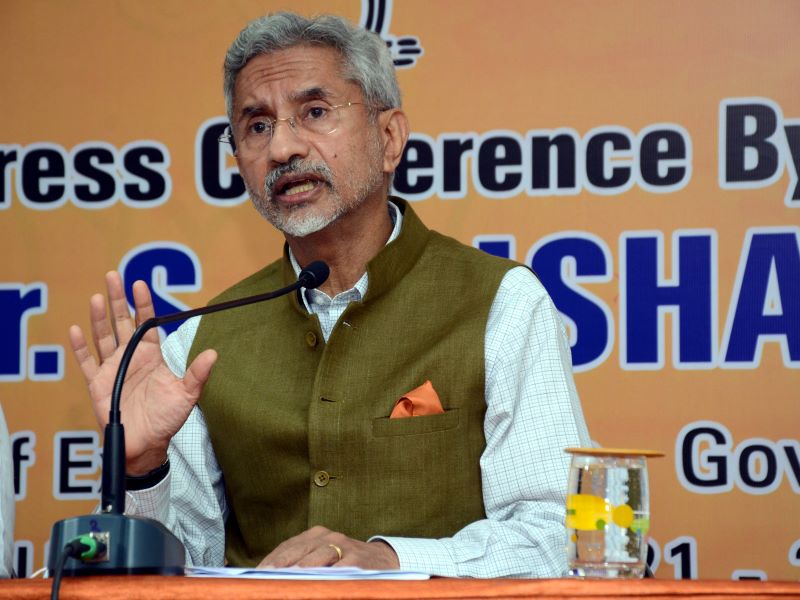 New Delhi/IBNS: External Affairs Minister S Jaishankar has taken a dig at foreign  celebrities who have tweeted in favour of farmers' protest in India saying that they were ignorant about the matter.

Jaishankar also said the investigation into the toolkit tweeted by teen climate activist Greta Thunberg and others in relation to the farmers' protest has revealed a lot.

"It has revealed a lot. We've to wait and see what else comes out. There was a reason why the Foreign Ministry reacted to statements which some celebrities gave out on matters on which they obviously didn't know very much," he was quoted by news agency ANI.

#WATCH: EAM Dr S Jaishankar speaks on 'Toolkit' matter, says, "It has revealed a lot. We've to wait & see what else comes out. There was a reason why Foreign Ministry reacted to statements which some celebrities gave out on matters on which they obviously didn't know very much." pic.twitter.com/wWmqWtFkL8

"Delhi Police has taken cognizance of a toolkit document found on a social media handle that predates and indicates a copycat execution of a conspiracy behind the January 26 violence. The call was to wage economic, social, cultural and regional war against India," Delhi Police Special Commissioner Praveer Ranjan had said last Thursday, referring to a Republic Day tractor rally that erupted into clashes in the capital.

Asked if Greta Thunberg's name features in the FIR, he had clarified: "We have not named anybody in the FIR. It is only against the creators of the toolkit."

On Wednesday Thunberg, 18, shared a "toolkit" sharing ideas in support of the farmers' protest but  subsequently deleted that and, the next day posted a new link.

Yesterday, the Delhi Police sought information from Google and social media companies on e-mail IDs, URLs and details of accounts linked to the toolkit's creators.

Delhi Police has indicated that the toolkit has links with "Khalistani group".

Last week, a number of foreign celebrities, including Rihanna and American model-actor Amanda Cerny, had tweeted in support of the farm law agitation.