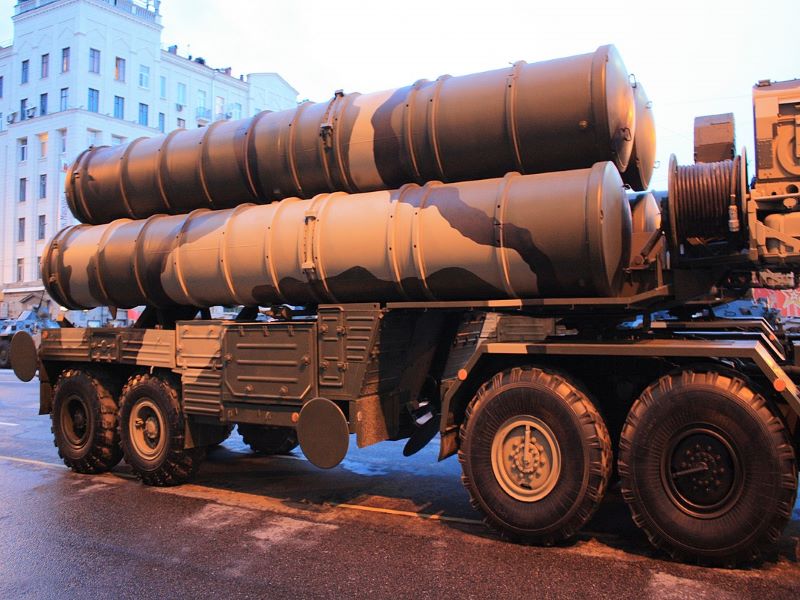 India may have to make tough choices in defence deals, says outgoing US envoy Kenneth Juster amid possibility of US sanction

New Delhi/IBNS: Outgoing US envoy Kenneth Juster hinted on Tuesday that India may have to make some hard decisions in its defence deals as the country stares at the possibility of US sanctions with the purchase of the Russian-made S-400 air defence system.

Earlier, a report from the Congressional Research Service (CRS) - an independent and bipartisan research wing of US Congress said the multi-billion dollar deal may trigger sanctions under the Countering America's Adversaries Through Sanctions Act and United States' stance that India should make more reforms in its defence offsets policy and put higher Foreign Direct Investment caps in its defence sector.

In December, the U.S. imposed secondary sanctions on Turkey, a NATO-ally, under the Countering America’s Adversaries Through Sanctions Act (CAATSA) for purchasing Russia’s S-400 missile defence system for $2.5 billion

According to a Hindustan Times report Kenneth Juster said in a question answer session after delivering a farewell address at an event organised by the Observer Research Foundation, that “The CAATSA sanctions were never designed to harm friends and allies. They were aimed at a particular country. And there are many variables involved in it and I think...I would put that issue to the side because I see other issues that potentially affect the future of the defence relationship."

Earlier, in his speech Juster spoke about the growing US-India defense cooperation underscoring the 2+2 Ministerial Dialogue – a cabinet-level meeting among U.S. and Indian defense and foreign policy leaders.

"Among our most significant achievements has been the signing of three pivotal defense agreements – one at each of the 2+2 Ministerial Dialogues. At the first Ministerial, we concluded the Communications Compatibility and Security Agreement – known as COMCASA – to enhance the real-time exchange of sensitive information between our two militaries.

"At the second Ministerial in 2019, we signed the Industrial Security Annex to our General Security of Military Information Agreement, in order to share sensitive government information with industry and facilitate more industrial collaboration.

"And at the most recent Ministerial in 2020, we signed the Basic Exchange and Cooperation Agreement – known as BECA – to share geospatial information, including nautical and aeronautical data. Each of these agreements was under negotiation for many years. With the ambition of the past four years, we were able to conclude them and further elevate the defense partnership."

He also underlined the defense industrial cooperation in the form of  "joint research, production, and defense sales with India, and making available to India some of the most sensitive U.S. military equipment" apart from Strategic Trade Authorization, Tier One status – known as STA-1 given only to closest allies.

However, amid the deepening of ties with US, India has maintained that it would keep its options open in making defence purchases and made its intent clear to continue the acquisition of military hardware from Russia.

"Many U.S. defense firms now have a presence in India, creating jobs and drawing on the impressive pool of engineering and other talent here. I participated in the inauguration of the Tata-Boeing Aerospace joint venture in Hyderabad, which will soon be the sole location for production of Apache helicopter fuselages. And I visited the Tata-Lockheed Aerostructures joint venture, also in Hyderabad, which supplies all of Lockheed’s C-130 empennages and soon will be its source for F-16 wings," Juster noted in his speech.

India had inked a deal in 2018 with Russia worth $5.43 billion to buy five units of the S-400 anti-missile system from Russia. The Indian government had decided to close the deal despite objections from the US.

“As systems get more technologically advanced, country A that does not get along with country B will be less willing to sell technology that could potentially be compromised to country B,” Juster said, in an indirect reference to concerns that the S-400 missiles might gain access to the electronic signatures of US-origin aircraft operated by India, reported HT.

He said only Indian government can decide on the trade offs but it could pose restrictions in transfer of advanced technology and the broader defence relationship.

S-400 is the most powerful defence system made by Russia so far. It has been constructed on the basis of S-75, high-altitude air defence system, built around a surface-to-air missile with command guidance. In 1960, the S-75 missile system had shot down an American U-2 spy plane.

Its radar can track 300 targets at once within a range of 600 km and destroy aerial targets, including ballistic missiles, cruise missiles, bomber aircrafts, stealth aircrafts, within the range of 400 km.

India being the second largest importer of defence equipment is a potential market. Currently, India procures more than 60% of the weapons systems of the three services from Russia. The US has been trying to grab a bigger slice of the Indian defence market.

The US has warned India repeatedly against striking arms deals with Russia, while threatening to impose sanctions under CAATSA and the incentive of an alternative anti-missile system.