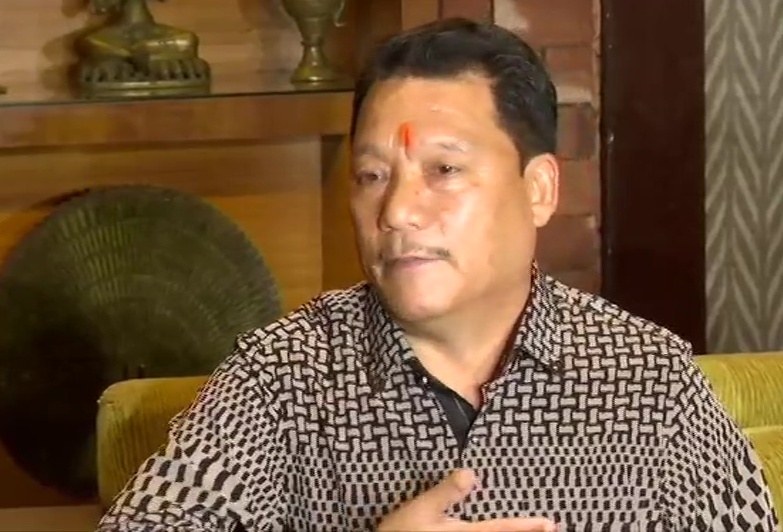 Kolkata/UNI: Gorkha Janmukti Morcha (GJM) supremo Bimal Gurung on Wednesday announced his support to the Mamata Banerjee led Trinamool Congress in 2021 assembly poll in West Bengal and severed ties with the Bharatiya Janata Party (BJP) saying the latter did not help in the creation of Gorkhaland state in Darjeeling district.

The GJM leader, who had been underground for nearly three years following his warrant of arrest in scores of cases including assault on policemen during 2017 agitation in Darjeeling, appeared in public for the first time and sprung a surprise by severing ties with the BJP and extending support to the Mamata Banerjee government.

He was seen with GJM general secretary Roshan Giri and many other leaders from Darjeeling during an unannounced media conference in the city.

"I want to see our Chief Minister Mamata Banerjee returns to power in 2021," Gurung said announcing his support to the TMC, which has been witnessing heat following a rise of the saffron brigade, especially after 2019 parliament poll in which BJP won 18 seats including that of Darjeeling.

Gurung, however, said that their demand for a separate Gorkhaland state was on.

He said the BJP which is ruling for the six years in the country did not do anything for the creation of Gorkhaland.

"We have supported the BJP for so many years but nothing happened to our demand despite their assurances of fulfilling our promise. Today I would like to announce that I am going to support Mamata Banerjee in the upcoming 2021 Assembly polls. I am not supporting the NDA anymore.”

"We believe the BJP would not fulfil our demand but Mamata Banerjee always fulfilled whatever she committed to," he said.

"We came to know the differences between the Centre and the state. In the 2021 Assembly polls, I would like to give a strong message to the BJP. No one from Prime Minister Narendra Modi to Amit Shah fulfilled the promise."

"Our demand for a permanent political solution will remain and in 2024 Lok Sabha polls we will support Mamata Banerjee," he said.

We welcome Bimal Gurung’s commitment to peace & decision to withdraw support from NDA while reposing faith in @MamataOfficial's leadership. BJP's attempts to use Gorkhaland issue for petty politics & their untrustworthy nature now lay fully exposed before people of Bengal. (1/2)

We're confident that all the key stakeholders in hills, including political parties & GTA along with civil society will work together & join hands with us for the peace & prosperity of our motherland. (2/2)