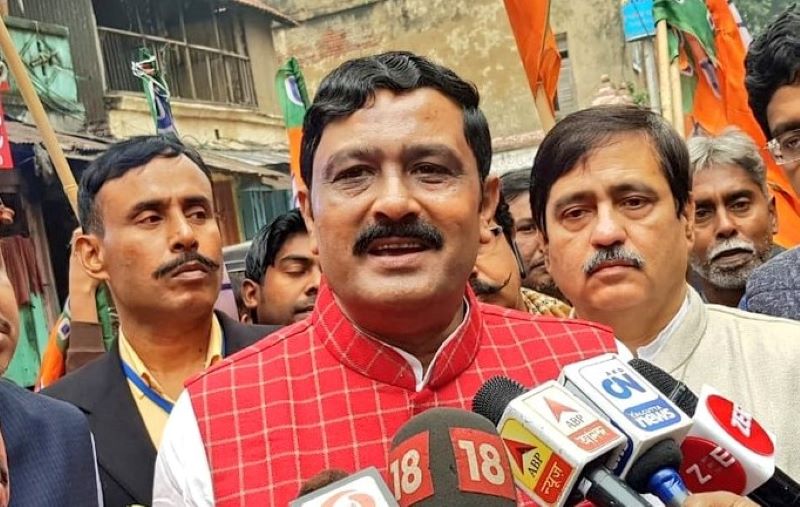 Rewarded for 40 years of service: Rahul Sinha hits out at BJP after losing post to former TMC man

Kolkata/IBNS: West Bengal Bharatiya Janata Party (BJP) leader Rahul Sinha on Saturday hit out at his own party for losing his post to a Trinamool Congress (TMC) turncoat as the saffron brigade brought a major rejig under its national president Jagat Prakash Nadda.

Sinha, who was one of the BJP's national secretaries, was dropped from the post making way for TMC-turned BJP leader Anupam Hazra.

Responding sharply, Sinha said, "I have worked for the BJP for 40 years. The reward of working for the party since its inception is that I had to make way for a leader who came from the TMC. Nothing can be more unfortunate than this."

"I am not going to spare a word in favour of or against the decision. I will speak on the matter within 10-12 days and will decide the future course of my career," he added.

Served @BJP4India for 40 Years as the Warrior and today just to include @AITCofficial Leaders, I have been asked to Left the Post of the Party.@narendramodi @BJP4Bengal pic.twitter.com/yN1Zok8BdV

Sinha had unsuccessfully contested from Kolkata Uttar seat in the 2019 General Elections.

In another rejig, BJP leader Mukul Roy, a former TMC number two man, has been appointed as the national vice president of the party from West Bengal.