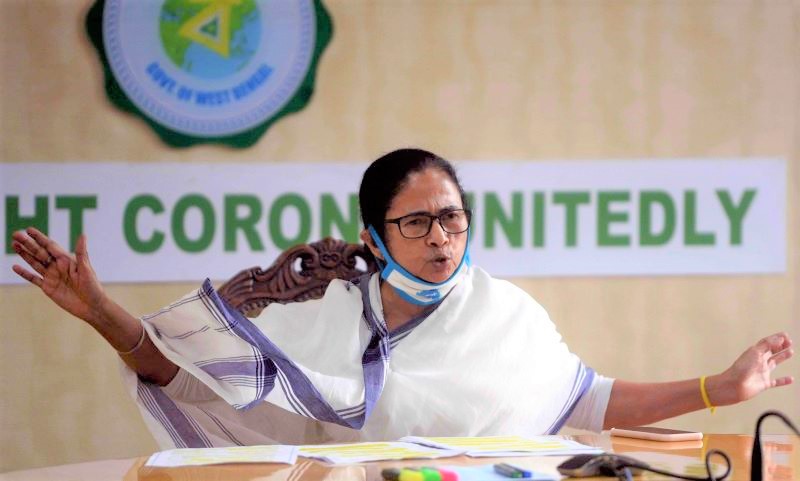 Kolkata/IBNS: The Trinamool Congress (TMC) government has agreed to enroll West Bengal for two central schemes- Pradhan Mantri Kisan Samman Nidhi and Ayushman Bharat- but only if the funds are routed through the state.

In a letter to Union Agriculture Minister Narendra Singh Tomar on Sept 9, Banerjee wrote, "... the State Government in Bengal has already introduced way before the Krishak Bandhu scheme to provide financial assistance to farmers including sharecroppers."

In a letter to Union Health Minister Dr. Harsh Vardhan on the same day, the CM wrote, ".. the state government launched the Swastha Sathi scheme that not only provides 100 per cent free treatment, medicines and diagnostics to all government hospitals, but also free treatment, medicine and diagnostics to beneficiaries under the scheme in private healthcare facilities as well, up to Rs. 5 lakh per family per year in critical illnesses..."

The TMC government in West Bengal has often been criticised by the Bharatiya Janata Party (BJP)- which rules the Centre- for depriving poor people of free treatment by not enrolling into the scheme, allegedly stooping to petty politics.