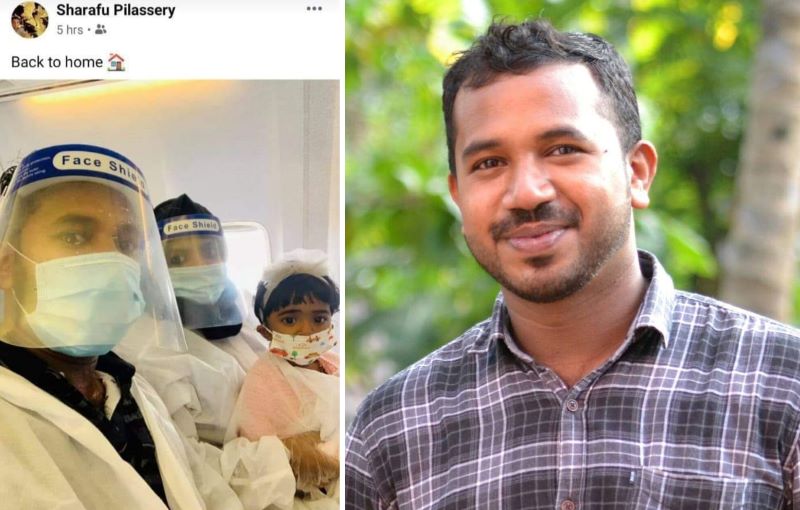 Kozhikode/IBNS: Sharafudheen Pilassery, a 35-year-old native of Kerala's Kunnamangalam, clicked a selfie with his wife and two-year-old daughter after boarding Air India Express flight IX-1344 at Dubai International Airport on Friday (Aug 7). The family was super excited to go home— their unmissable happy and smiling faces, despite the safety face-shields and masks, made the image more shiny.

Sharafudheen, who had been working in Dubai for the past few years, posted the photo on his Facebook account, captioned it- "Back to home".

Unfortunately, the young man will never go back to his home in Kunnamangalam as he was one of the 18 victims of ill-fated Air India Express flight IX-1344 which met an lethal accident last night at Calicut International Airport in Kozhikode and snuffed out dreams and hopes of many. 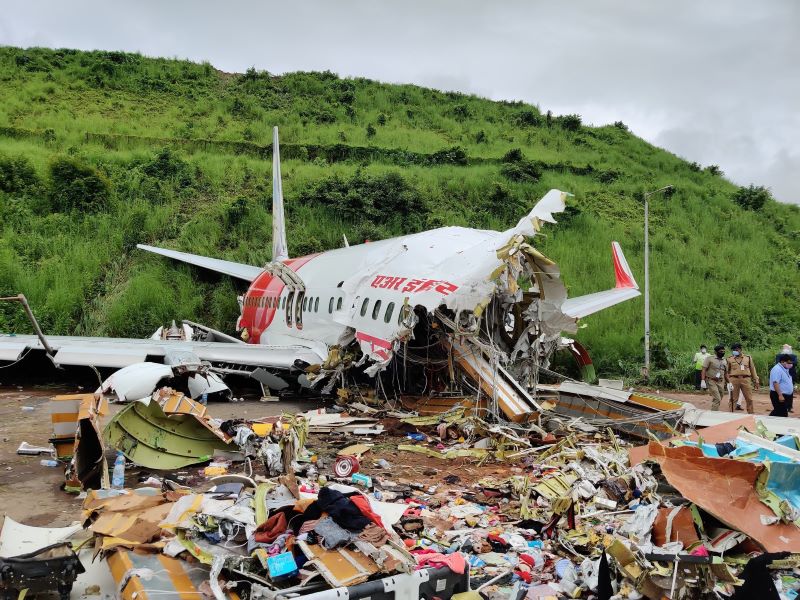 Sharafudheen was badly injured after the flight overshot Karipur airport's tabletop runway, plunged 35 feet below and crashed, splitting into pieces.

After being rescued, the 35-year-old was rushed to Baby Memorial Hospital where he succumbed to his injuries later.

His wife, 23-year-old Ameena Sherin, is reportedly stable while their two-year-old daughter, Izza Fathima, is fighting for her life at Kozhikode Medical College Hospital.

In a heartfelt note on Facebook,  Sharafudheen's friend Shafi Parakkulam, who runs a hotel in Dubai, recounted their last meeting in Dubai.

"Before he left for Kerala, he came to my hotel to say goodbye. He was upset and said, ‘I don’t know why but I feel tensed about going back home,’. I almost feel like he had a premonition about what would happen. He gave me money and told me to use it to give food to those who are stranded and those who don’t have jobs,” Shafi wrote on his social media wall.

Earlier on Friday around 7:41 pm, Air India Express IX-1344 flight from Dubai with 174 passengers, 10 infants, two pilots and four cabin crews on board under the Vande Bharat mission met a fatal crash while landing at Calicut International Airport amid heavy showers. 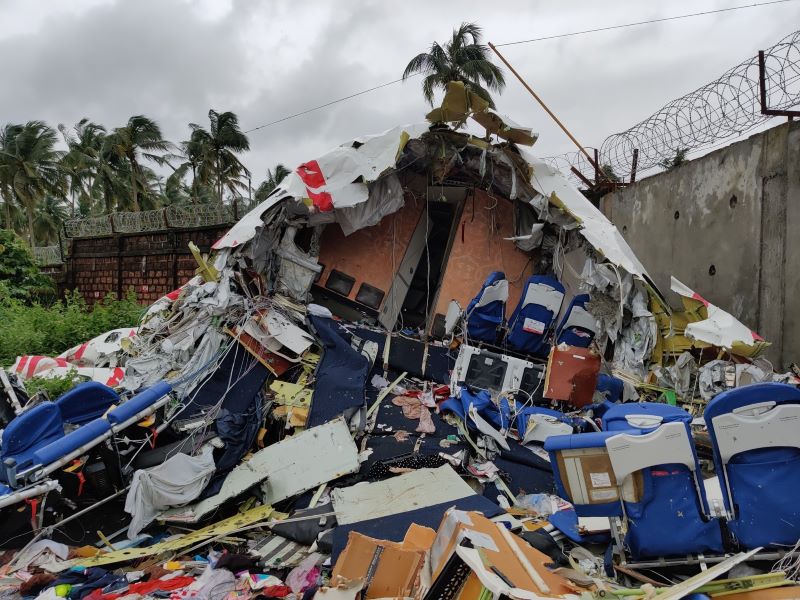 According to a statement issued by the Air India Express, 18 persons, including four infants and two pilots of the ill-fated Boeing 737, have died so far in the plane crash.

Here's the complete list of the Kozhikode plane crash victims, released by the local authorities and the Air India Express at 10:30 am. on Saturday (Aug 8)—