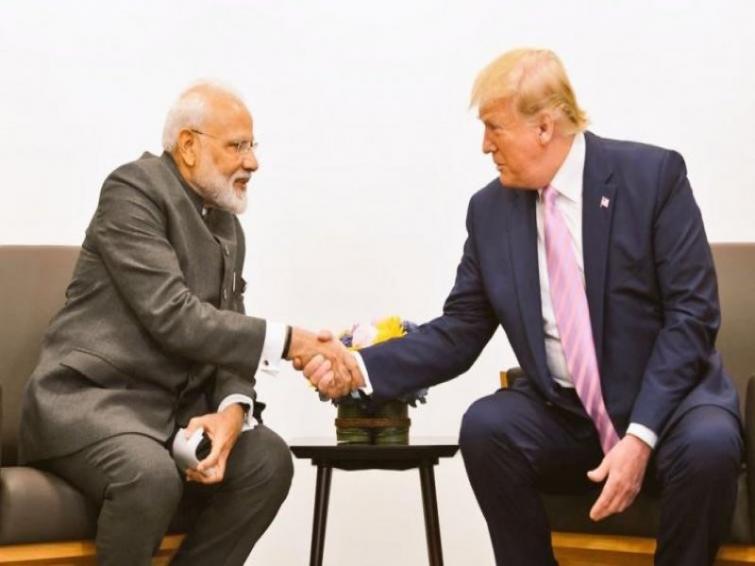 PM Modi had no conversation with Trump over LAC stand off with China, say officials: Report

New Delhi/IBNS: Prime Minister Narendra Modi hasn't spoken to US President Donald Trump in recent days and their last conversation was on Apr 4 on hydroxychloroquine, officials with the knowledge of the matter have told Hindustan Times, hours after US President reportedly said PM Modi is not in a "good mood" over the rising border tension with China.

He then said: "I can tell you; I did speak to Prime Minister Modi. He is not in a good mood about what is going on with China."

According to media reports, China was the first to adopt an aggressive posturing by sending 6000 soldiers of its People's Liberation Army to four locations in eastern Ladakh region, in the Galwan Valley and one near Pangong Lake.

India is building a bridge near Daulat Beg Oldie, the last military outpost south of the Karakram Pass, which will shorten the delivery time of supplies and weapons to the Indian Army deployed in the region. China is objecting to this move though the construction is within India's own territory, said reports.

Following the Chinese hostilities, India, too, has moved matching troops, capacity and resources to the region, the reports said.