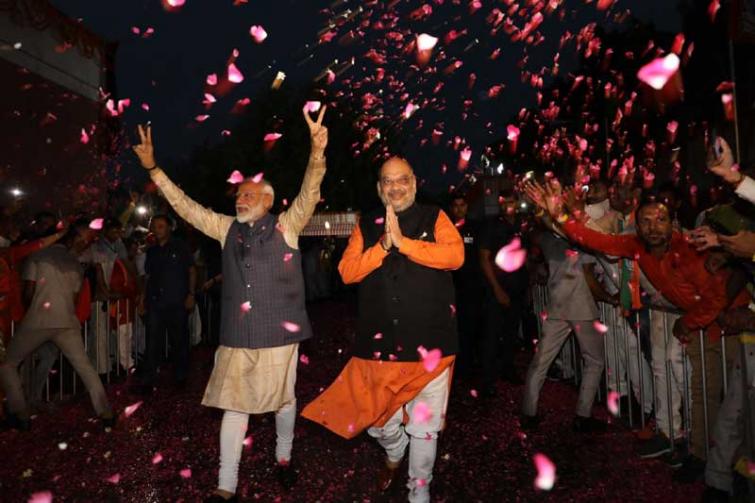 New Delhi, May 30 (IBNS): With  reports now almost confirming that Bharatiya Janata Party (BJP) president Amit Shah will join in the cabinet of the second Narendra Modi government, questions are raising as to who will now lead the saffron camp in the country.

Shah, who won from Gandhinagar Lok Sabha constituency with a margin close to five lakh votes, took the charge of the party in 2014.

Under Shah, the BJP managed to spread its presence across the nation with landmark wins even in the north eastern states including Tripura which was a Left bastion. The BJP has also made a deep inroad in West Bengal, which was once a Left bastion and now a Trinamool Congress stronghold, by winning 18 Lok Sabha seats this year.

Shah also called a number of MPs asking them to arrive at the Prime Minister's residence this evening.

Among those who received the call are Piyush Goyal, who many speculate could be the next finance minister after Arun Jaitley formally requested Modi that he be kept out of the cabinet because of health reasons. Sushma Swaraj will also be in the cabinet. So will be "giant-slayer" Smriti Irani, who snatched away Amethi from Congress president Rahul Gandhi. Nirmala Sitharaman is also being retained.

The BJP is giving all its allies one portfolio each, media reports said.

Modi will take oath as the Prime Minister at the Rashtrapati Bhavan at 7 pm.