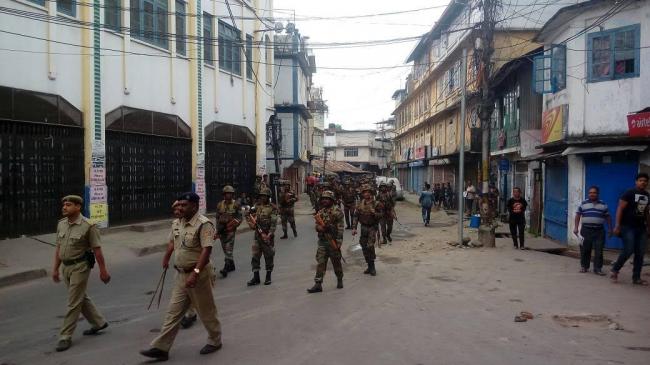 GJM president Bimal Gurung claimed that his party activist Ashish Tamang was killed on Monday night after police's bullet was lodged in his chest.

"Ashish Tamang, a 36-year-old supporter of GJM from Mirik's Magargunj area, sacrificed his life for Gorkhaland. His sacrifice will not go in vain," Bimal Gurung told IBNS. "My heart felt condolences to his bereaved family. May his soul rest in peace."

Earlier on Monday evening, a skirmish broke out between GJM and TMC supporters in Mirik and when police tried to intervene, they were allegedly attacked.

Later a heavy police force and CRPF rushed to the spot and police restored to lathicharge and lobbed tear gas shells to bring the situation under control.

"Protesters set a local police booth and few of our vehicles on fire and attacked our personnel. Besides few agitators, at least two policemen were injured in the clash," a local police official told IBNS.

"Police did not fire a single round of bullet yesterday to disperse protesters. We lathicharged, lobbed tear gas shells and fired few rounds of rubber bullets to restore the situation," the official added.

GJM leaders said that they will hold a protest rally on Tuesday with the body of killed activist, Ashish Tamang, in Mirik.

A huge security force have been deployed to the area to control law and order and to avoid further untoward incident.

Meanwhile, TMC claimed that two of its activists- Anand Rai and Navraj Tamang- were seriously injured during the clash.

Darjeeling has been witnessing strikes and violence in recent times.