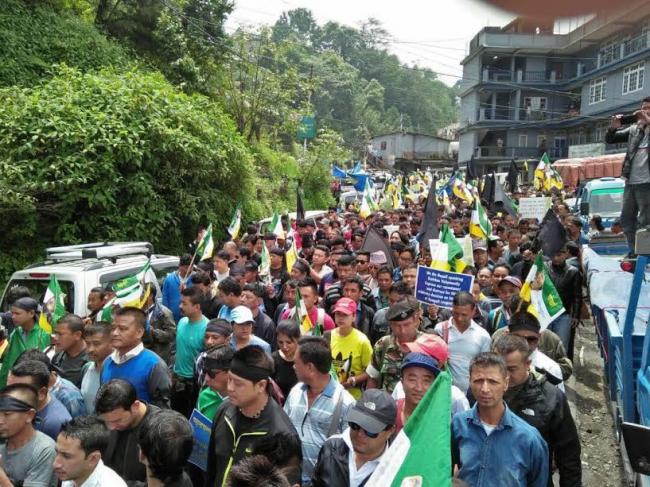 The division bench also said if the Central and state governments fail to bring Darjeeling unrest under control and restore peace there, the court would take strict step.

GJM leaders, however, claimed that their activists were not involved with these incidents.

Meanwhile, TMC's only counselor in Darjeeling, Chungchun Bhutia, reportedly resigned from his party and chairpersons of two local development boards stepped down from their posts on Friday.

A heavy force from the state police, 11 companies of central paramilitary forces and few columns of the Indian Army are carrying out route marches there in the hills.

Earlier, two strike supporters were  killed during a clash with police force in Darjeeling hills, taking the death toll to 3.

Alleging that a supporter of Gorkha National Liberation Front (GNLF) was shot dead by police, supporters of GNLF and Gorkha Janmukti Morcha (GJM) had gone on a rampage and clashed with the police last Saturday morning.

As the strike and agitation are underway in the hills, internet services remained suspended for the 27th day.