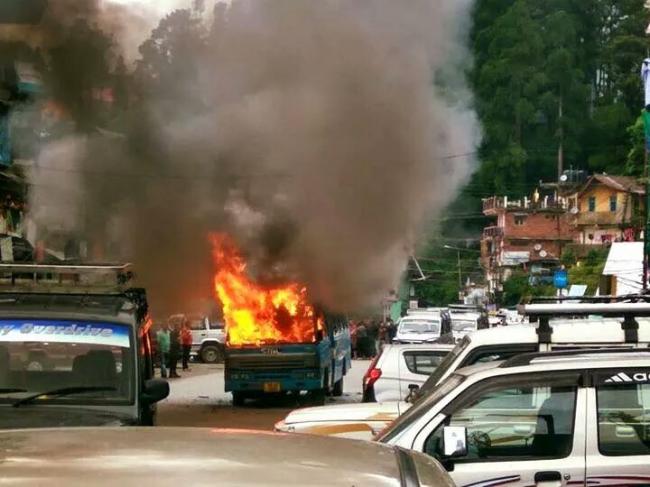 India Blooms News Service | | 08 Jun 2017, 09:26 pm
#DarjeelingViolence, #ArmyDeployed, #WestBengalGovernment, #MamataBanerjee
Darjeeling, June 8 (IBNS): Army was called out in Darjeeling at the request of the West Bengal government to control the situation arising out of a violent protest by the Gorkha Jamukti Morcha on Thursday, media reports.

Two army columns have been deployed to the affected areas. Since late evening, army trucks are being seen patrolling at violence-hit areas of Darjeeling.

"Requisition from state Govt received. Two army columns based in Darjeeling have been moved out. Each column about 80 men," PRO of Indian Army's Eastern Command, S.S. Birdi, said.

According to local media, no more violence has been reported since evening while situation remains tense there as Gorkha Janmukti Morcha (GJM) has called for a 12-hour-long general strike in the hills on Friday. 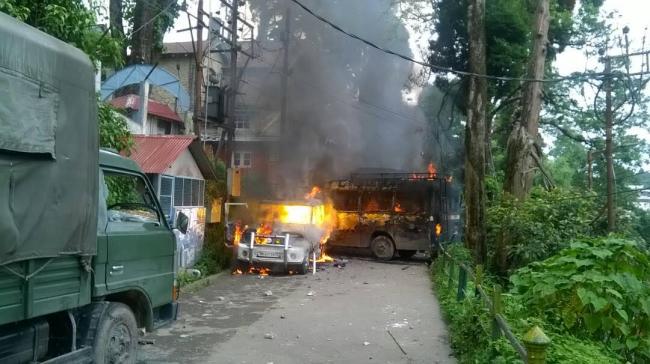 The hills in the North Bengal witnessed a violent protest by GJM, where several police vehicles were set on fire.

Banerjee is still in Darjeeling and said that she will be there until peace is restored in the hills.
The state government earlier in the day sought help from Indian Army to restore peace in violence hit Darjeeling.

Almost all ministers of West Bengal, including CM Mamata Banerjee, and over 10,000 tourists have been stranded in hills due to the protest.

Local administration is requesting the tourists to stay inside their hotels and not to move outside.

GJM leader Bimal Gurung has called for a 12-hour-long general strike in Darjeeling hills on Friday. 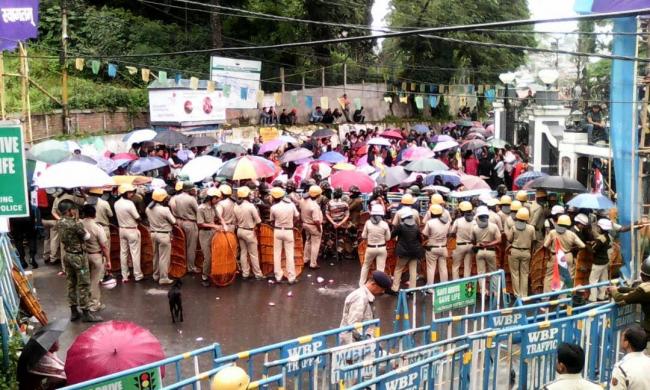 A police official told IBNS: "At least 50 policemen, including 3 officers and few female cops, were injured in the sudden attack of GJM."

"They threw bricks, stones and glass bottles aiming at cops. Police restored to lathicharge and lobbed tear gas shells. Over 12 vehicles, including a state bus and few police jeeps, a police kiosk and a local police outpost at Mall were set on fire by protesters. We have detained few protesters."

CM Mamata Banerjee condemned of the incident and has directed local administration to take all adequate steps. She said tourists will be evacuated safely.