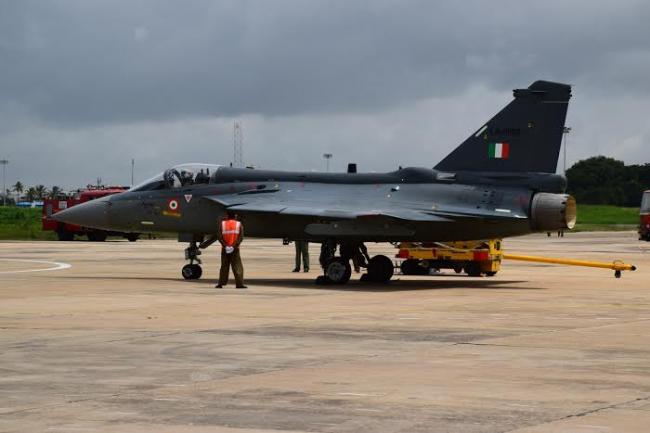 "Tejas" inducted into No. 45 Squadron of IAF

" No. 45 Squadron, also called the "Flying Daggers", was last equipped with MiG 21 Bis Aircraft and operated from Nalia.  It's motto is "Ajeet  Nabha".  The Squadron will operate from Bangalore for nearly two years before it moves to its designated location at Sulur near Coimbatore, read a government statement.  It is the first fighter Squadron to be a part of the Southern Air Command of IAF headquartered at Thiruvananthapuram. Group Captain Madhav Rangachari, an alumnus of the National Defence Academy, is the Commanding Officer of Flying Daggers.   He flew the inaugural flight of LCA in 45 Squadron today.  Apart from operational experience on Mirage-2000 and MiG 21, he also has considerable experience on flight testing of LCA prototypes. 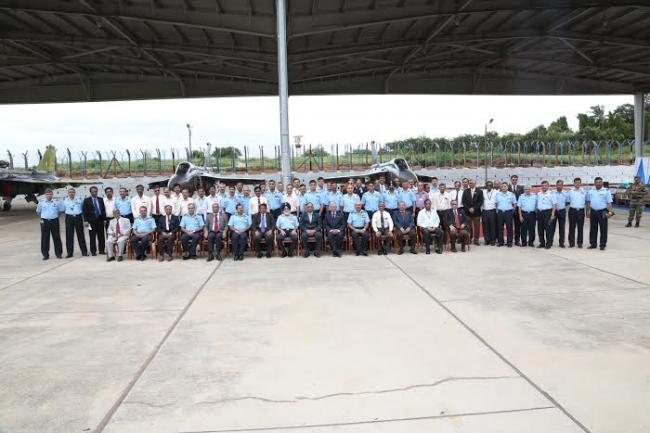 Tejas is the first advance Fly-by-wire (FBW) fighter aircraft designed, developed and manufactured in India.  Conceived as a MiG-21 replacement, the aircraft has been designed and developed by Aeronautical Development Agency (ADA) and produced by Hindustan Aeronautics Limited (HAL).  " It is to the credit of its designers, manufacturer, technicians and test crew, that LCA has flown more than 3000 sorties / 2000 Hrs till date without any accident.  Tejas is a 4th Plus generation aircraft with a glass cockpit and is equipped with state of the art Satellite aided Inertial Navigation System.  It has a digital computer based attack system and an autopilot.  It can fire Air to Air Missiles, Bombs as well as Precision Guided Munitions," read the statement. The induction of the aircraft is being planned in a phased manner.  The IOC aircraft are armed with Close Combat Air to Air Missiles, Helmet Mounted Display and Precision Guided Weapons like Laser Guided Bombs.  These aircraft are also capable of dropping unguided bombs with much higher accuracy due to highly advanced indigenous mission computer.   The FOC aircraft would incorporate Beyond Visual Range (BVR) missiles, improved and better stand-off weapons and air to air refueling capability.  IAF is also pitching for additional LCA Mk 1A which would incorporate new generation Active Electronically Scanned Array (AESA) Radar with simultaneous air to air and air to ground capability, an integrated advanced Electronic Warfare Suite, advanced versions of air to air and air to ground weapons and maintainability improvements. With 45 Squadron commencing operations today, soon the Tejas would be employed to defend the Indian skies.