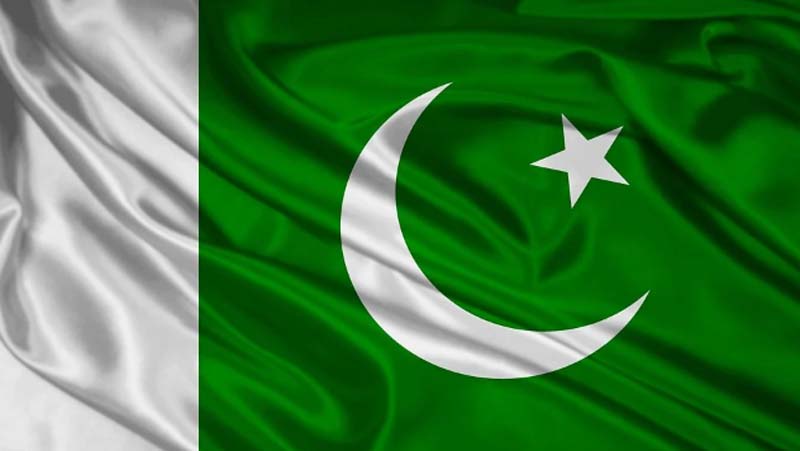 A rally was organised on November 8, 2020, in Karachi, the provincial capital of Sindh, where a large number of protestors took to the streets, protesting against what they called the illegal occupation of their land by Pakistan. Held under the banner of 'Sindhudesh Freedom Movement', the demonstrators carried placards reading: "Sindhudesh is our vision, mission, destiny and motherland." People held up pictures of Sindhi political activists and leaders who had been abducted or killed.

Though, pro-freedom rallies in Sindh have been a regular feature since 1972 when the freedom movement was started by Ghulam Murtaza Syed, they have gained momentum of late.

Sindh is a colony of Punjabi imperialism and a victim of its atrocities and tyranny. Punjab has continuously been exploiting our natural and mineral resources including the sea, the river, the national wealth, the lands, the oil, the gas, the coal, the ports, and the sea islands have been plundered by Punjab for the last seventy-three years with both hands as spoils of war. There is no political, economic, moral, and historical basis for Pakistan's existence after the separation of Bangladesh in 1971.

Parallel to the groups leading the ‘freedom movement’, Sindhi and Baloch militant groups have increased their activities on ground, resulting in increased violence in Sindh. According to partial data compiled by the South Asia Terrorism Portal (SATP), Sindh recorded 52 fatalities (21 civilians, 20 Security Force, SF personnel and 11 militants) in 2020, as compared to 25 fatalities (15 civilians, five SF personnel and five militants) in 2019, registering an over two-fold increase. Significantly, overall fatalities had been declining in Sindh since 2014, when fatalities fell to 1,147 from 1,656 in 2013. 2013 recorded the maximum number of fatalities in a year since March 6, 2000, when SATP started compiling data on major conflicts in Pakistan.

Further, the number of overall terrorism-linked incidents increased marginally from 69 in 2019 to 70 in 2020. However, incidents of killing increased from 18 to 29, and included one successful suicide attack in 2020, as against one failed attempt in 2019.

Nine persons, including four private security guards and one Police Sub-Inspector, were killed in a suicide attack targeting the Pakistan Stock Exchange on Chundrigar Road in Karachi, on June 29, 2020. Though all the four fidayeens (suicide attackers) were killed near the entrance gates, before they could enter the building, five SF personnel at the gates and one bystander were killed in the attack.

There was also a considerable increase in the number of explosions in 2020. As compared to just one blast resulting in one fatality in 2019, year 2020 recorded 13 explosions resulting in 16 fatalities.

The geographical spread of violence also increased, with fatalities reported from eight Districts of Sindh in 2020, as against just two districts in 2019. Provincial capital Karachi recorded the highest number of fatalities in 2020, with 38 killings, followed by Dadu, six; Sukkur, two; and one fatality each in Jacobabad, Khairpur, Larkana, Naushahro Feroze, Sanghar and Tando Allahyar. Sindh has a total of 29 Districts.

Of the two major attacks (each involving three or more fatalities) reported in 2020, the BLA and SRA claimed one each. While the BLA claimed responsibility for the June 29 Pakistan Stock Exchange attack, the SRA claimed responsibility for the coordinated attacks on Pakistan Rangers (Sindh) at three places of Sindh (Larkana, Karachi and Ghotki) on June 19, in which nine SF personnel were killed and 14 were injured. SRA spokesperson, Sodho Sindhi, declared in a statement,

Pakistani Intelligence agencies had been abducting and later it (sic) throwing the bullet riddled bodies of Sindhi Nationalist Political workers. From Shaheed Samiullah Kalhoro to Shaheed Niaz Lashari have been victimized of these brutalities (sic) of Pakistani agencies. SRA owns those all (sic) Sindhi Martyrs and vows for retaliation of those all of Martyrdoms (sic) of Sindhi Political Workers.

According to the Security Report 2020 released by the Pakistan Institute for Peace Studies (PIPS), an Islamabad-based think tank, Sindhi nationalist groups perpetrated 10 terrorist attacks in Sindh in 2020, including eight by the banned Sindhudesh Revolutionary Army alone.

In view of the increasing violence by Sindhi nationalist groups, the Federal Government banned three groups on May 7, 2020: SRA, SLA and Jeay Sindh Qaumi Mahaz – Arisar (JSQM-A), the militant wing of JSMM.

Further, to suppress the rising Sindhi nationalism movement, the Government continues with its policy of enforced disappearances. According to Pakistan’s Commission of Enquiry on Enforced Disappearances (COIED), Sindh accounted for a total of 1,618 cases of missing persons between March 1, 2011 (the date of inception of the Commission) and August 31, 2020. According to the Commission, of these 1,618 persons, 1,008 were traced – 53 dead bodies, 246 in prisons, 37 in internment centre and 672 returned home. The Commission ‘deleted’ cases of another 419 missing persons, claiming that these were “closed due to not being cases of enforced disappearances, incomplete address, withdrawal by complainants, non-prosecution. etc.” Thus, as per the commission, a total of 1,427 cases were ‘disposed of’, leaving another 191 cases under investigation.

In the most recent incident, on January 28, 2021, Sanaullah Aman, a Sindhi activist working against enforced disappearances, was arrested from Lahore (Punjab) and subsequently shifted to an undisclosed location. According to the Voice for Missing Persons of Sindh (VMPS), Sanaullah Aman has been ‘forcibly disappeared’ by state agencies.

To counter state atrocities, Sindhi and Baloch nationalist groups have decided to join hands. On July 25, 2020, the Baloch Raji Ajoi Sangar (BRAS) – a conglomerate of four Baloch ethno-nationalist militant groups – announced an operational alliance with SRA. According to BRAS’ communiqué, the decision to create an operational alliance between BRAS and SRA followed the meeting of senior ‘commanders’ of BLA (Bashirzeb Baloch faction), Baloch Republican Army (Gulzar Imam faction), BLF, BRG and SRA, at an undisclosed location. The common objective of creating this united front against Pakistan was declared to be to ‘liberate’ Balochistan and Sindh. Moreover, opposition to the China–Pakistan Economic Corridor (CPEC) and ethno-nationalist grievances were other factors which have contributed to the alliance. The new alliance announced that it would connect with other ethno-nationalist militant groups to build a strong and vast united front against the Pakistani state.

The rising Sindhi nationalist movement and the simultaneous increase in violence will further undermine security in Sindh.