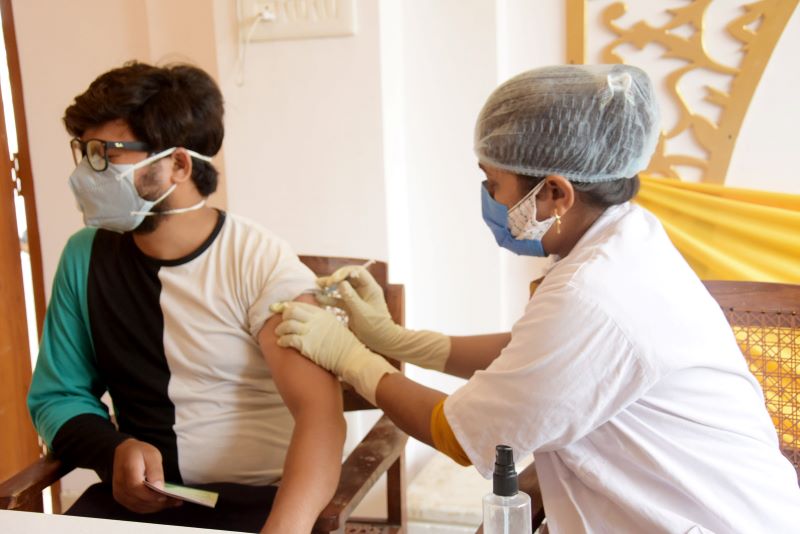 COVID: IMF proposes vaccination of 40 per cent of population in all countries by 2021 end

New Delhi/IBNS: Amid the devastation of the economy due to COVID-19 pandemic, the International Monetary Fund (IMF) has proposed the vaccination of 40 per cent of the total population in all countries by the end of 2021.

It has been stated in a blog penned by IMF managing director Kristalina Georgieva, economic counsellor Gita Gopinath and economist Ruchir Agarwal.

The blog has proposed at least 60 per cent of the total population in all countries must be vaccinated by the first half of 2022.

The total cost of the proposal has been estimated at $50 billion which would include grants, national government resources, and concessional financing.

It says, "Saving lives and livelihoods should need no justification, but a faster end to the pandemic could also inject the equivalent of $9 trillion into the global economy by 2025 due to a faster resumption of economic activity.

"Advanced economies, likely to spend the most in this effort, would see the highest return on public investment in modern history—capturing 40 percent of the cumulative $9 trillion in global GDP gains and roughly $1 trillion in additional tax revenues."

The IMF has said in the blog that the economic crisis can only end where there is a halt to the health crisis.

"It is well understood that there can be no lasting end to the economic crisis without an end to the health crisis. Pandemic policy is thus economic policy. It is critical for global macroeconomic and financial stability, which makes it of fundamental importance to the IMF and other economic institutions. Ending the pandemic is a solvable problem but requires further coordinated global action," says the blog.

The diverse gap in the vaccination drive between the developed, developing and poor nations have also been highlighted in the write up.

It says, "As the IMF has warned, economic recoveries are diverging dangerously. The disparities will widen further between wealthy countries that have widespread access to vaccines, diagnostics, and therapeutics, and poorer countries still struggling to inoculate frontline healthcare workers.

"As of the end of April 2021, less than two percent of Africa’s population had been vaccinated. By contrast, over 40 percent of the population in the United States and over 20 percent in Europe had received at least one dose of the vaccine."