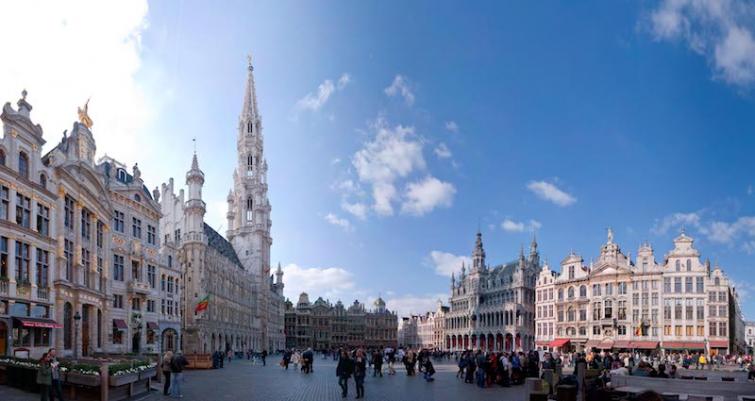 Brussels: On the trail of Art Nouveau, waffles and Tintin

BRUSSELS is often overlooked as the city of some serious diplomatic business. But if you explore beyond the city's European Union tag, you unravel a Brussels which is the birthplace of the Art Nouveau architecture, the comic strips of Tintin and yes, it is also famous for its toothsome varieties of Belgian waffles and chocolates. Sujoy Dhar discovers all that and more in a little over 48 hours in a year the city marks 30 years of the Brussels Region and 150 years of the Brussels tram

When you think of Brussels, the image that conjures up in mind is not something like a Paris of Eiffel Tower, Louve and pavement cafes or Berlin with the remnants of the wall and holocaust memories. Neither of an Amsterdam with canal cruises. 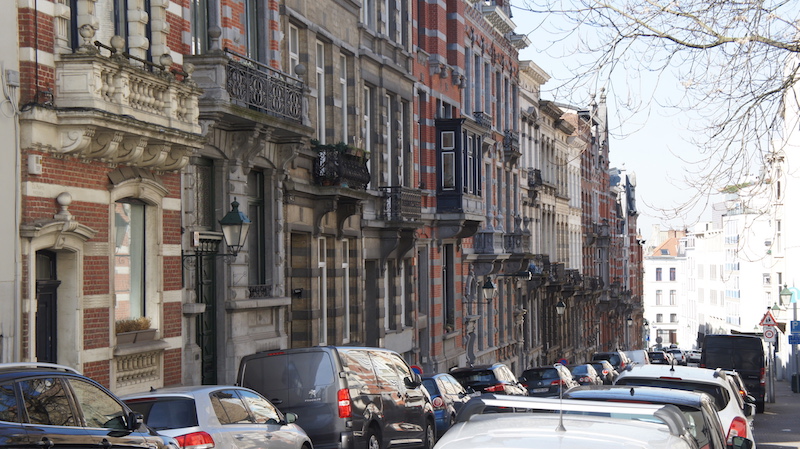 Well, when you think of Brussels you rather think business- that of a staid city which is a hub of European politics and economic decision making with the European Union headquartered here. 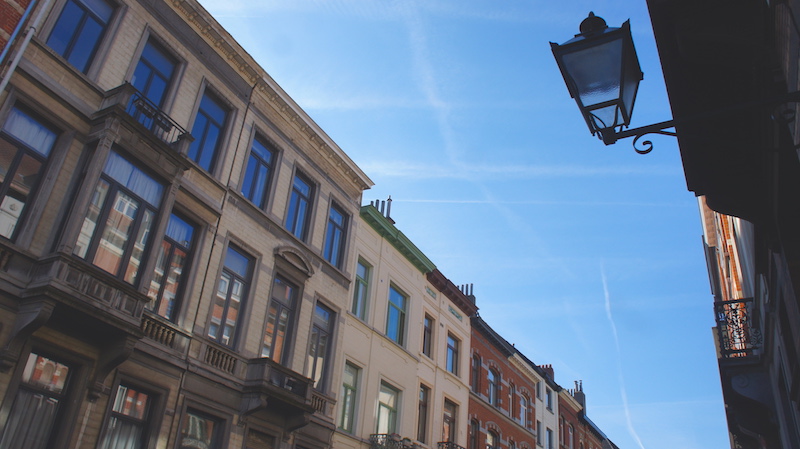 But there is much more to Brussels than its EU institutions. It packs much more in terms of architecture, culture and food.

This year Brussels celebrated 150 years of its tramway while the Brussels-Capital Region is observing its 30th anniversary as it was formed in June 1989 as one of the three federal regions of Belgium, along with Flanders and Wallonia. 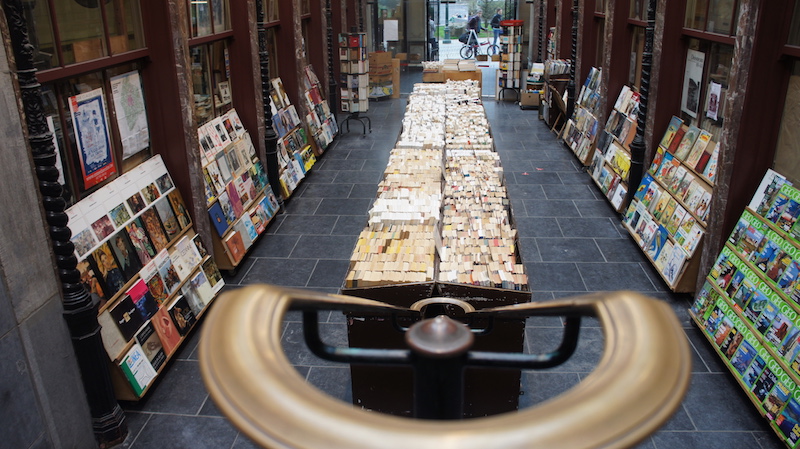 Brussels has not one but several UNESCO heritage sites or spots or rather houses to take pride. In 1998, Brussels' famous square- Grand Place- made it to the UNESCO list  and since then more Brussels  landmarks have earned their place on the prestigious list.

But before we talk about Brussels and its landmark houses and sites, let us remember the man responsible for this glory- Victor Horta. 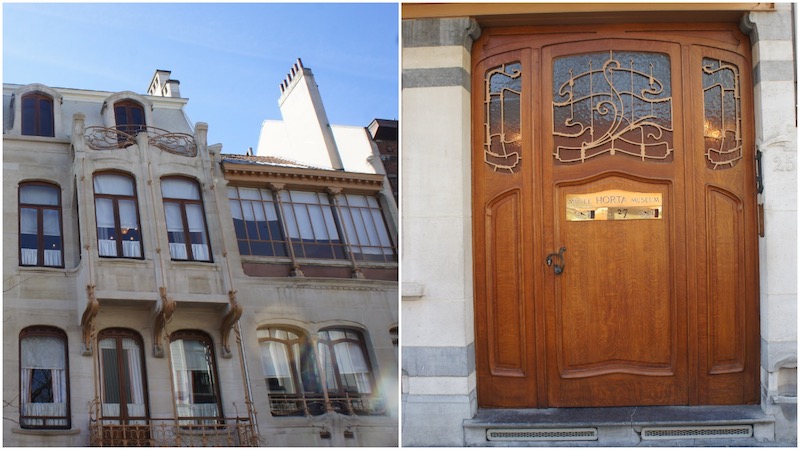 Son of a  cobbler in Ghent, Victor Horta loved music but when he was 12, he was thrown out from the Conservatory on disciplinary ground. He then enrolled at Ghent Academy, in the architecture department. At age 15, he bagged his first medal. Two years later he left for Paris and later returned to Belgium to work there.

But it was his design of Hotel Tassel in 1893 that catapulted him to stardom as an architect. 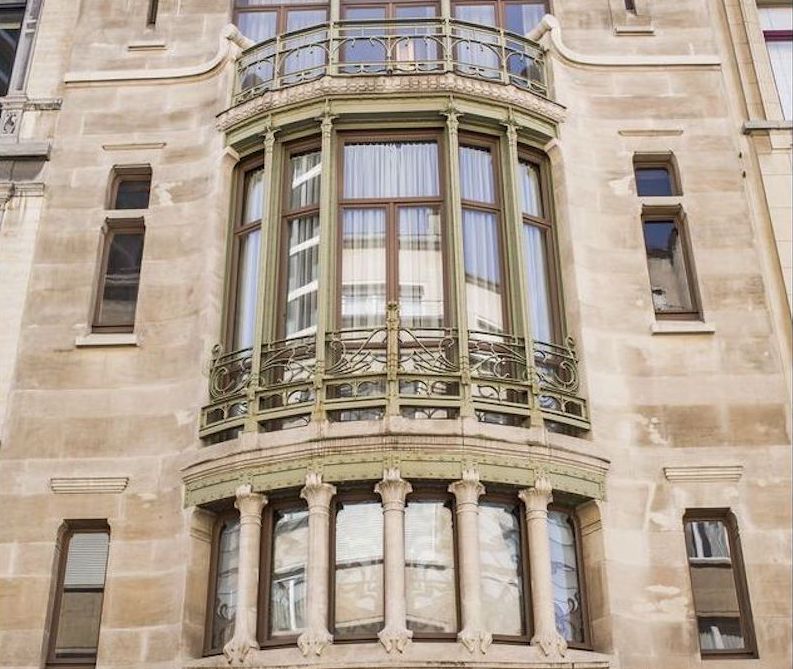 So we would suggest that on day one of your stay, explore Brussels's gift to the world- the revolutionary movement called Art Nouveau that began around 1890. It was led by  Victor Horta. The movement influenced not just the architecture of the city but also the art of that time, extending its domain to furniture to decorative objects, jewellery, painting and sculptures.

So when in Brussels, along with your tour of the the famed central square of Brussels - Grand Palace- take a walking tour to check out the four major town houses now recognised by UNESCO- Hôtel Tassel, Hôtel Solvay, Hôtel van Eetvelde, and Maison & Atelier Horta. The districts of Ixelles, Saint-Gilles, Etterbeek and Schaerbeek are where you find the best of Art Nouveau.

Horta's works are characterised by these buildings' open plan, the diffusion of light, and the brilliant joining of the curved lines of decoration with the structure of the building.

Visit the Horta Museum at Saint-Gilles which is located in the private house and studio of Victor Horta (1861-1947). 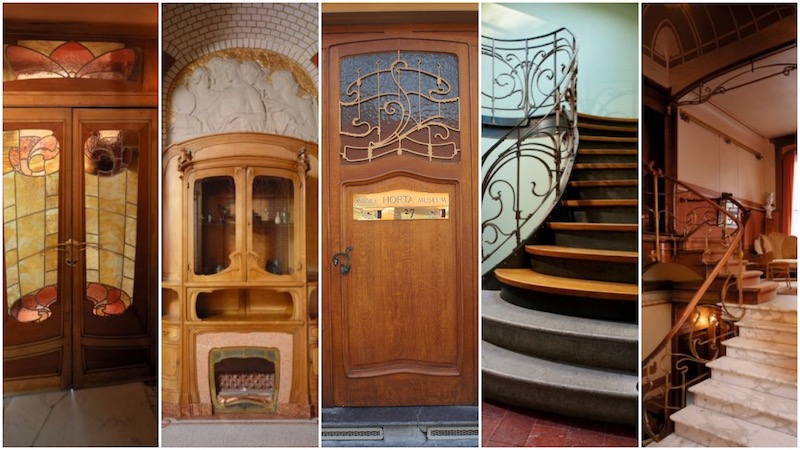 Built between 1898 and 1901 at 23-25, rue Américaine in Saint-Gilles, the two buildings are best examples of Art Nouveau at its peak. The interior retains the mosaics, stained glass, and wall decorations forming a harmonious and elegant whole, down to the last detail.

Another Art Nouveau gem in Brussels in this area is a house built by architect P. Hankar in 1897 for  painter A. Ciamberlani. The townhouse, which now is the office of the Argentine embassy, is a mansion that includes different material in its façade: ironwork, bricks and natural stone. This façade shows great originality and the architect's deliberate rebuttal of traditional building concepts. 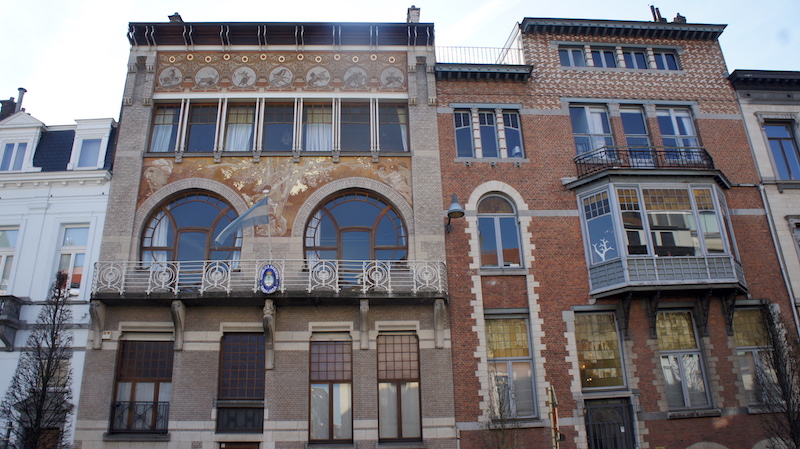 These walking tour of the houses can be followed by a visit to another remarkable house- Van Buuren Museum (House). This house was bought in 1928 by the banker and patron David van Buuren. It has a outdoor architecture typical of the Amsterdam School, while the indoor decoration characterizes an "Art Deco" whole by Belgian, French and Dutch designers.

This is an interesting visit in Brussels for connoisseurs of art and good interiors since the van Buuren made their villa a "living academy", with rare furniture, carpets, stained-glass windows, sculptures and international masterpieces. This " private memory house " became a museum in 1975 according to the testament of Alice van Buuren, the widow of David van Buuren. 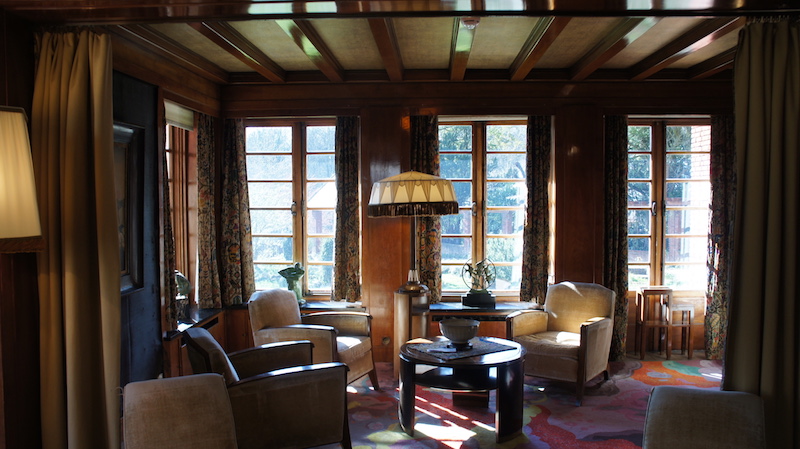 The collection of paintings in this house represents five centuries of Art. Flemish and Italians masters from the 15th to the 19th century, as well as several oil paintings by the two sons of Bruegel, a school of Rembrandt, Guardi,Fantin-Latour, Ensor, or Van Gogh.

When in this house, surely keep some time to spend in the garden of over 1.5 hectares of land. The garden compliments the villa.  The actual garden is made of the "Picturesque Garden", "The Labyrinth", and "The Garden of the Heart". The "Picturesque Garden" was designed by Jules Buyssens, a landscape architect, in the twenties, and represents the geometrical ideas of the Art Deco.

Brussels' signature showpiece is surely the Grand Place, which was enlisted as UNESCO World Heritage  in 1998. While eminent French writer-visual artist Jean Cocteau called it a "splendid stage", UNESCO sees this square as being "an outstanding example of the eclectic and highly successful blending of architectural and artistic styles that characterises the culture and society of this region". It "illustrates in an exceptional way the evolution and achievements of a highly successful mercantile city of northern Europe at the height of its prosperity". 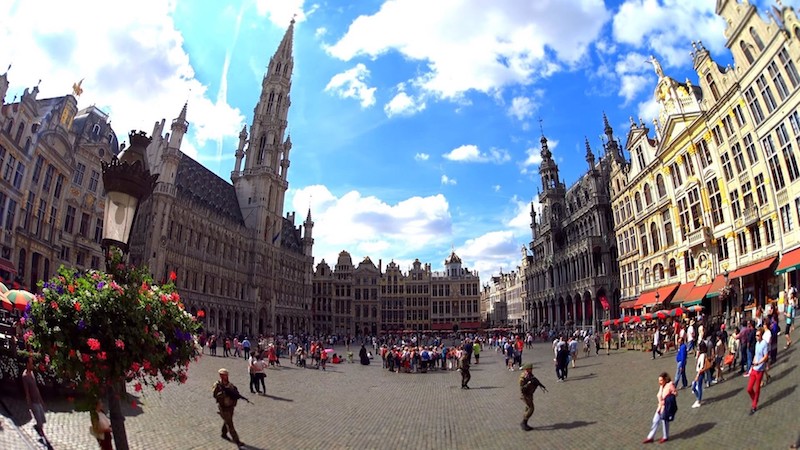 Once a pride of the Hapsburg Empire, Grand Place has been a marketplace since the 12th century. It was lined by  houses and market halls, which are still mostly  wooden. You are bound to be awed by the grandeur of the Grand Place with ornamental gable roofs and gilded facades of the houses besides the  gold-filigreed rooftop sculptures. If you like minimalism, this square will appear bit loud to you.

According to Brussels tourism, the Gothic City Hall here was built in the 15th century in three stages; it was also in this century that the guilds established themselves in the houses around the Grand Place. After being bombarded by Louis XIV's troops in 1695, it was almost entirely rebuilt.

A view from the Mont des Arts

The Mont des Arts, or Kunstberg, means the “hill of the arts.” This green urban complex in heart of Brussels is a must visit. It  offers quite a panoramic view of plane trees and the spire of Brussels' City Hall. From an elevated vantage point on a clear sunny day, you can also catch a glimpse of the Koekelberg Basilica and the Atomium, the city's another landmark since the 1958 Brussels World's Fair. 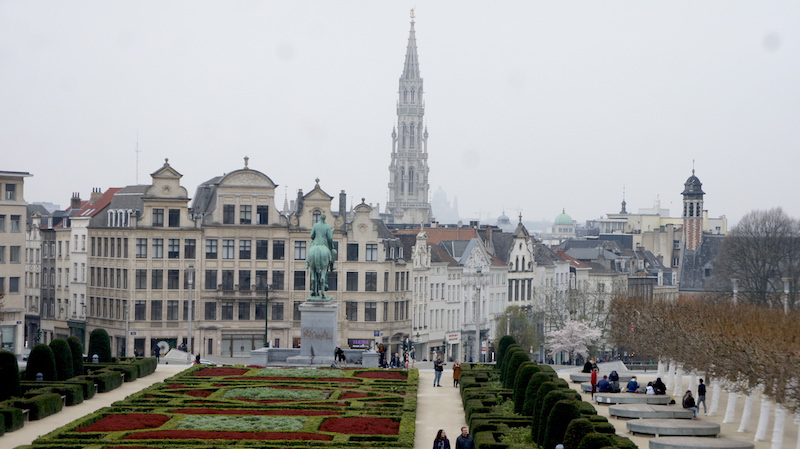 Major tourist attractions here are the Musical Instrument Museum (MIM), the Royal Museums of Fine Arts, the Royal Palace, and the Cathedral of St. Michael and St. Gudula.

Situated on the North-South axis of the city, Mont des Arts connects the lower, working-class Brussels with the upper, aristocratic part.

The spot is famous for all kinds of  artistic activities- from concerts at Bozar to movies to exhibitions at the Royal Museums of the Fine Arts. Visit here to immerse in the culture of the city and its green space.

Can a Brussels visit be complete without following a trail of Tintin? Housed in an impressive Art Nouveau building, created by none other than Victor Horta in 1906, the Belgian Comic Strip Center is where you find it. It opened in 1989. Among others Tintin also lives here.

Well, for Indians as well as so many other nationals, growing up as a kid to stepping into adolescent, there was a constant companionship of Tintin, the  realistic yet courageous young Belgian reporter created by cartoonist Georges Remi, known by his pen name, Herge.

So as you step inside, a giant replica of a red and white moon rocket greets you. You know immediately that you have entered the world of Tintin and other comic characters.  Life-size models of other famous comic series greet you as well besides a bust statue of Tintin and a photograph of his creator, Herge in one corner of the stairways. 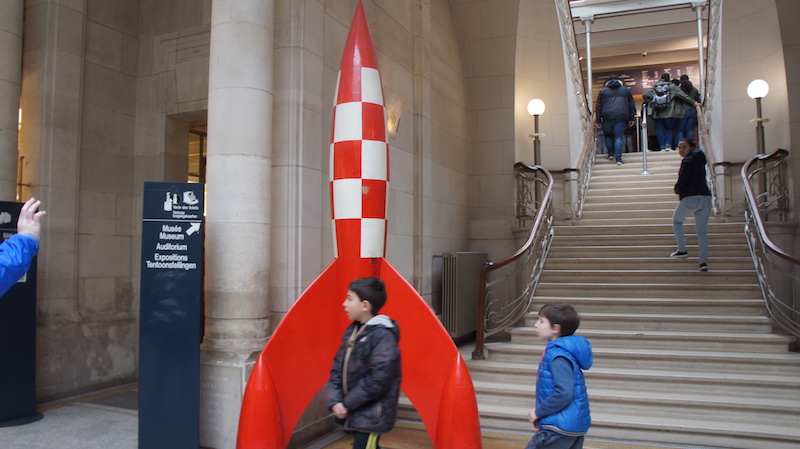 According to the centre, with more than 700 comic strip authors, Belgium has more comic strip artists per square kilometre than any other country in the world!

The comic strip in Belgium has transcended from a popular medium of entertainment for readers into an art and this Center speaks volumes about that.

The Belgian Comic Strip Center marries the Ninth Art (the combination of  visual arts with narrating literature) and Art Nouveau, two artistic forms of expression which have always been particularly cherished in Brussels. 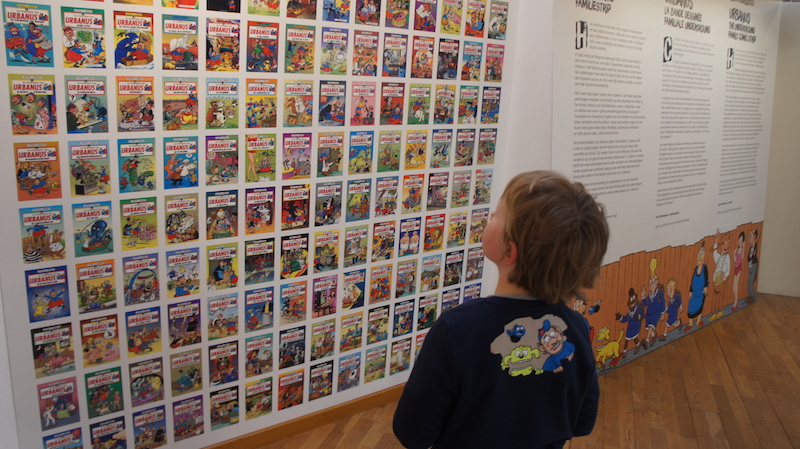 This kingdom of imagination is thus home to some of Belgium's best-known comic strip heroes: Tintin, Spirou, Bob and Bobette, the Smurfs, Lucky Luke, Blake and Mortimer, Marsupilami, etc. They are one big happy family of paper heroes. Yes, the heart of European comic strips beats in Brussels.

Before you check out the UNESCO enlisted Grand Place, there is one more city square in Brussels to explore. While the Grand Place is all about grandeur and history, one more square in Brussels- and less crowded- should not be missed during your walking tour. It is the Place Royale  or Koningsplein (Dutch: King's Square), a historic neoclassical square near the centre of Brussels. 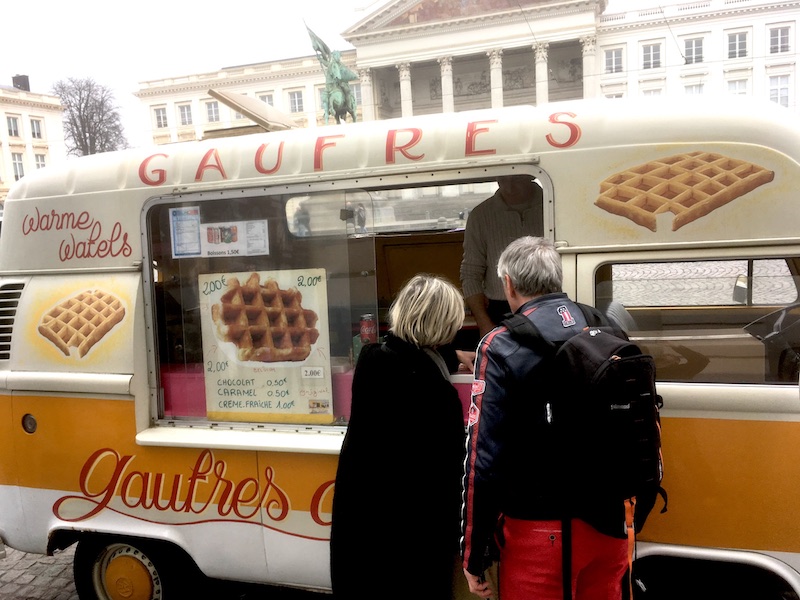 The square bears memories of Charles V, Holy Roman Emperor, the knights of the Golden Fleece, of Isabella and Marie-Thérèse.

While at the Place Royale, do not miss out on having a bite of the famous Belgian waffles sold by waffles trucks (a retro Volkswagen van).

You would spot one of those Volkswagen trucks right there selling waffles like hot cakes. Belgian waffles are of two kinds. The Liege waffle (named after the place Liege) is small with rounded edges. It is thick with little clumps of sugar. The Brussels waffle is larger, rectangular  and lighter, sprinkled with icing sugar. 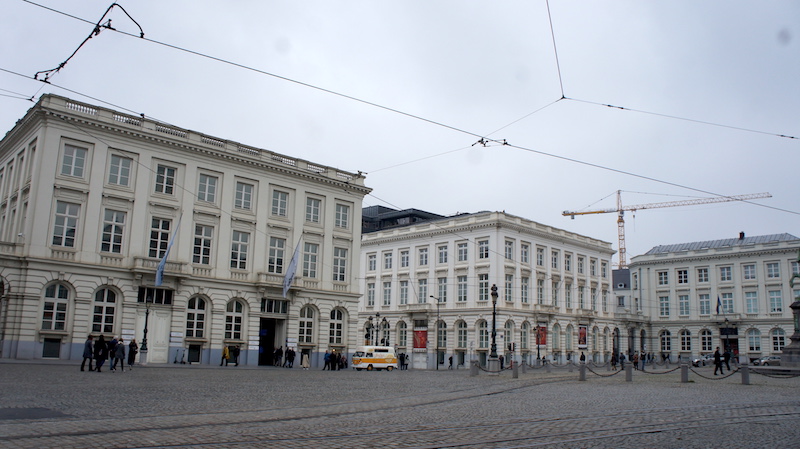 Well if eating waffles is part of your nibbling tour in Brussels, then you surely do not want to skip the chocolates.

There are plenty of shops selling chocolates for which Belgium is famous. My Belgian friend Pierre Massart took me to Leonidas for buying fresh Belgian chocolates. 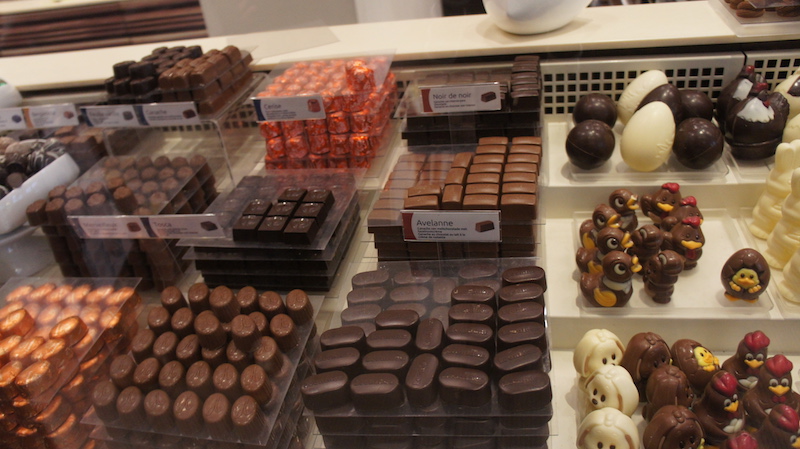 For four generations, the Belgian Master Chocolatier Leonidas has plied its trade with passion and made chocolates with the freshest natural ingredients.

Moving Around in Brussels

Brussels is a very walkable city. You can walk as much as you can. The network of trams is fascinating and you would love taking a tram in Brussels for sure. A Brussels card is advisable for rides along with access to museums and other places of interest.

The tram network in Brussels  celebrated its 150th anniversary in May 2019.

Most public transport in the Brussels-Capital Region is organized by the STIB (Société des Transports intercommunaux bruxellois), which also runs the trams.

The STIB network includes metro lines, which connect the eastern and western districts of the city. Pre-metro lines (trams in the tunnels) complete the metro service. A great many metro lines also have above ground bus and tram connections. 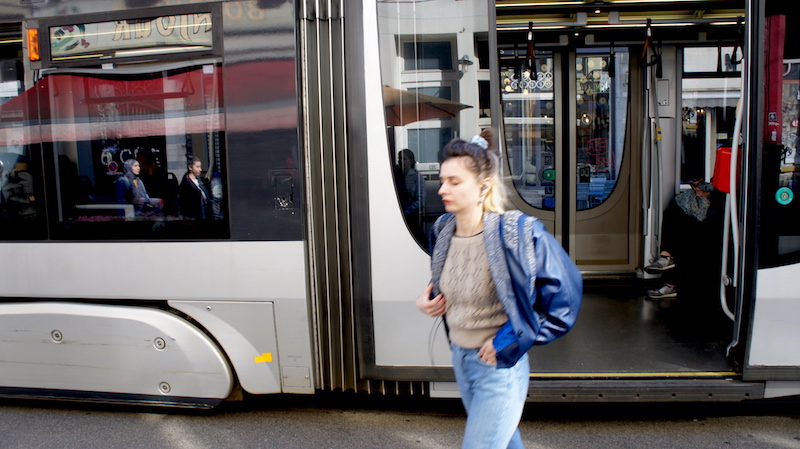 If you want to have a gourmet experience in tram, Brussels offers you that. You can actually board a tram that has been fully decked out as a modern gourmet restaurant.

Aboard you will be served a six- or seven-course meal put together by top Belgian chefs, whilst you tour the most beautiful places of Brussels by night for two hours.

You can also visit the Tram Museum in Brussels. 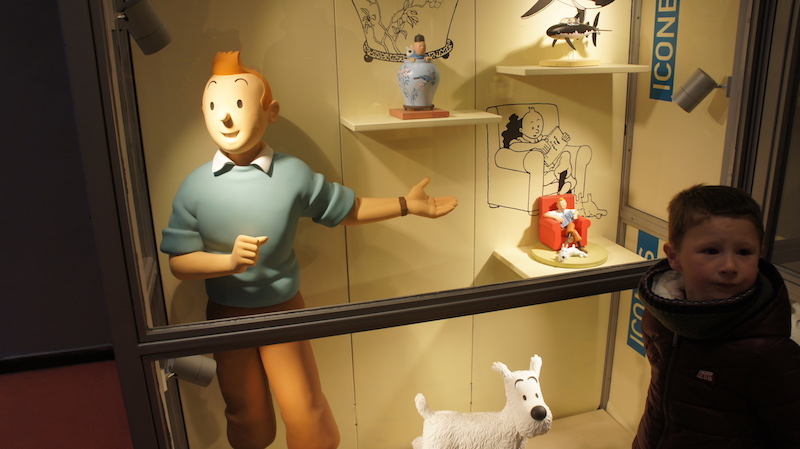 (Images by the writer and a few sourced from Internet wallpapers)