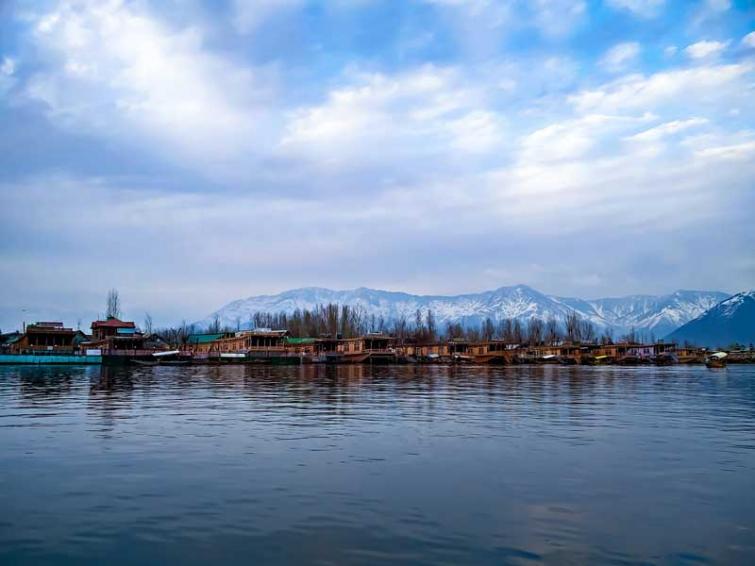 Srinagar, Apr 13 (UNI) With an overwhelming response from the locals and the tourists, the Tourism Department on Saturday decided to run Musical Fountain and Laser Show in Dal Lake thrice every day.

Secretary Tourism Rigzin Samphel said they were encouraged by the huge response from the locals that the department decided to run 15 minutes show in three shifts from 1900 hrs every day.

He said that the facility has been commissioned to make the city life lively and provide entertainment to the locals and also to the tourists.

The department of tourism started the free trial of the laser show on April 10 at 1900 hrs which attracted a large number of spectators.

As the news of the opening of the laser show went viral, more locals and tourists visited the venue at the back lawns of S K International Conference Centre (SKICC) on the second day and the third day compelling the department to announce third shift from Saturday, a tourism department official said.

He said the entry to the show has been kept free through Cheshma Shahi gate.

The laser show which came up at the cost of Rs 6 crore was sanctioned by the Ministry of Tourism Government of India (GoI) under Prime Minister’s Developmental Programme (PMDP) Swadesh Darshan Scheme to boost tourism. “We have kept no entry fee for first 15 days to allow more people to enjoy the show,” Mr Samphel.

The Secretary Tourism said that the department is creating adequate infrastructure at all tourist places across J&K so that tourists, as well as locals, have a better experience while visiting the resorts.

He said SKICC is an important venue of the State government to attract MICE tourism and this additional facility will give a boost to the State's tourism sector.

Pankaj Chedda of Hazel Tours, a leading tour operator from Maharashtra, said there was a lot rush on Friday. “I had to manage my entry with difficulty. This is good news for us and we will sync our itineraries and tour plans for our clients according to the timings of the laser show. This added attraction in Srinagar will definitely help us sell tour packages in a more attractive way,” he said.