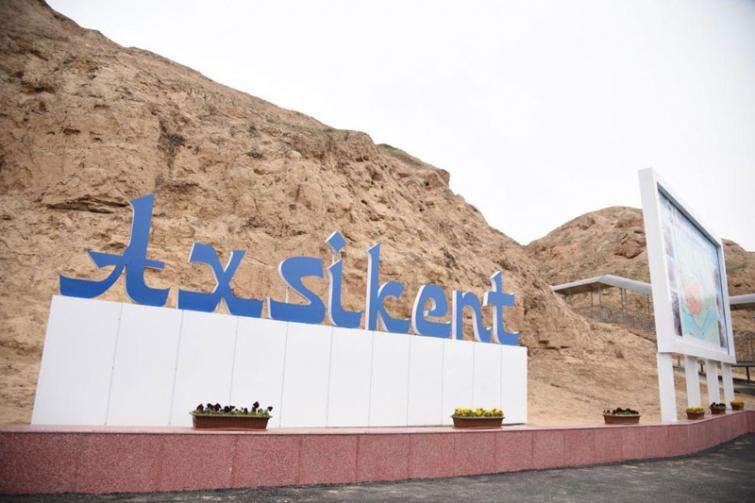 Fergana, Uzbekistan, Mar 8 (IBNS): President of Uzbekistan Shavkat Mirziyoyev recently visited Akhsikent archaeological site in Turakurgan district to see the progress made to preserve and study this ancient site, according to media reports.

Akhsikent flourished in the 3rd century BC and was the capital of ancient Fergana, one of the main transit points on the Great Silk Road.

It had its own underground water source and was strategically located.

It consisted of an arch, inner and outer city.

Glass, pottery, blacksmith, weapons production and other crafts had rapidly developed at that time.

By 1620, the city was destroyed by an earthquake.

Part of the ruins with an area of 60 hectares has been preserved, which makes this place the largest archaeological monument of Fergana valley.

By the President’s order, large-scale activity on preservation and studying of ancient Akhsikent, formation of its reliable historical chronicle started in 2017.

This place is important for improving tourism potential of Namangan region.

Presentations on ancient Akhsikent are being held at tourism fairs in Uzbekistan and abroad.

As a result, this place now attracts domestic and foreign tourists.

To date, the settlement was visited by tourists from Belgium, Austria, Japan, South Korea, Russia, Iran, Pakistan, India and other countries.

A special concept has been developed for studying the archaeological site, increasing its attractiveness and tourist’s flow.

Measures are being taken on developing domestic tourism in Fergana valley on its basis.

The President was informed about the master plan of the complex, objects, where research is planned, as well as about tourism complex project.

The various activities planned include building a museum, building  a symbolic arch as a sign of former glory of Akhsikent, establishing monuments to Umarshaykh Mirzo and Babur using images drawn by Kamoliddin Bekhzod.

Conditions will be created for boat tours along Syrdarya river and sightseeing on camels.

In general, all necessary infrastructure to make Akhsikent a tourism center is being chalked out.

The Head of the state noted the need for deep scientific studying of Akhsikent’s history, collection and dissemination of information to youth about glorious deeds of ancestors.

Shavkat Mirziyoyev gave recommendations on holding a history festival in the complex, and opening of archaeological department in Namangan State University.

The need for conducting practical training and individual school lessons on the territory of historical monuments was noted.