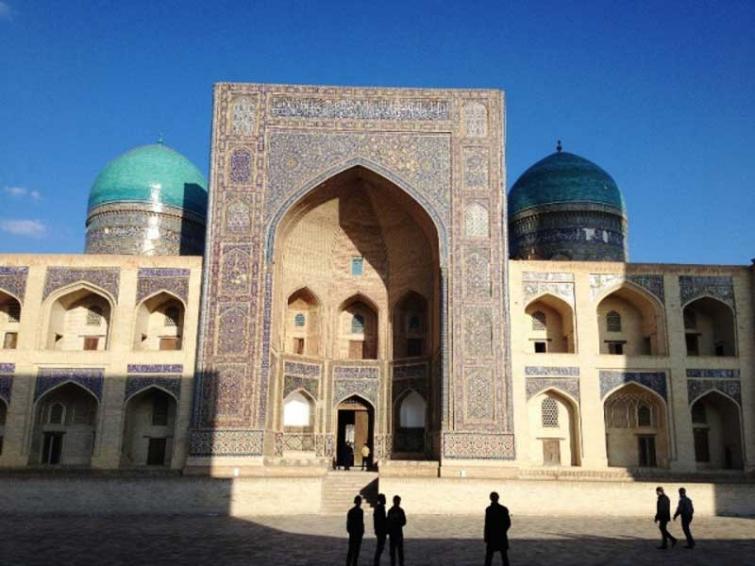 Bukhara, Feb 25 (IBNS): One of the key takeaways from the First International Forum on Ziyarah Tourism (ziyarah meaning pilgrimage to a site associated with Muhammad) is that the Bukhara region in Uzbekistan expects to improve upon its infrastructure to receive nearly 10 thousand tourists per day with investments from Germany, Russia, India, China, South Korea, Turkey and other countries.

It was noted that in 2018, 2.5 million tourists visited Bukhara region.

The Forum was organized by the State Committee for Tourism Development of the Republic of Uzbekistan in cooperation with Bukhara Regional Khokimiyat, the Committee on Religious Affairs under the Cabinet of Ministers, the Muslim Board of Uzbekistan, the “Vaqf” Public Charity Fund, the Ministry of Foreign Affairs, the World Tourism Organization and UNESCO with the support of Uzbekistan Airways.

At the meeting held within the framework of the conference, issues of increasing the potential of pilgrimage tourism in the country and formation of new tourism products based on international experience were discussed.

Among the participants were representatives of more than 20 countries, international organizations authoritative in the Islamic world, travel companies, including those specializing in pilgrimage tourism, religious figures, and others.

According to the Forum, about 50 hotels, more than 20 restaurants, several parks and avenues are being built in the region taking into account the expected sharp increase in the flow of tourists to Bukhara.

In addition, it has been planned to develop new areas of tourism, such as environmental, gastronomic, agricultural, sports, holding cultural and educational events, festivals and competitions. 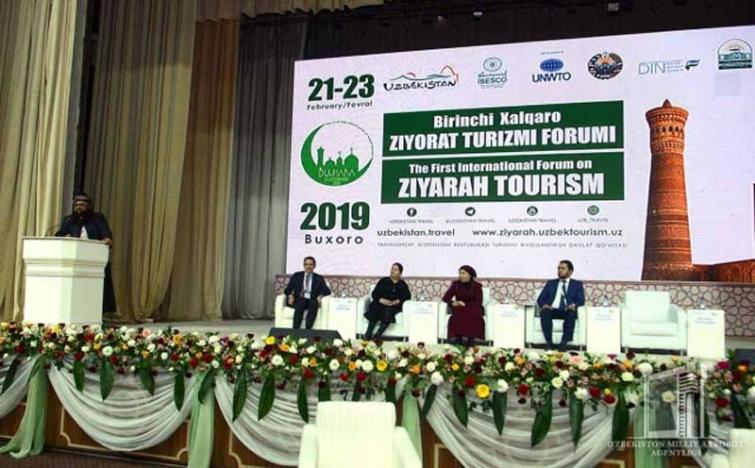 Reports on “The role of Uzbekistan scholars in the spread of Islam”, “International rating for Muslim tourists and its importance in enhancing the authority of the country”, “The impact of tourism on the spiritual heritage” were heard.

The signing ceremony of Bukhara Declaration on recognition of Uzbekistan as one of the centers of pilgrimage tourism was held with participation of the State Committee of the Republic of Uzbekistan for Tourism Development, the khokimiyat of Bukhara region, the Committee on Religious Affairs under the Cabinet of Ministers and other forum participants.

Memorandum was signed between the National PR Center under the State Committee of the Republic of Uzbekistan for Tourism Development, the associations MATTA (Malaysia), Crescent Rating (Singapore), the Jakarta Promotion Fund (Indonesia) on cooperation within the framework of the Global Muslim Traveler Index.

The State Committee for Tourism Development and Hunarmand Association organized a mini-exhibition of works of calligraphy, miniatures, pottery, woodcarving and other types of handicraft.