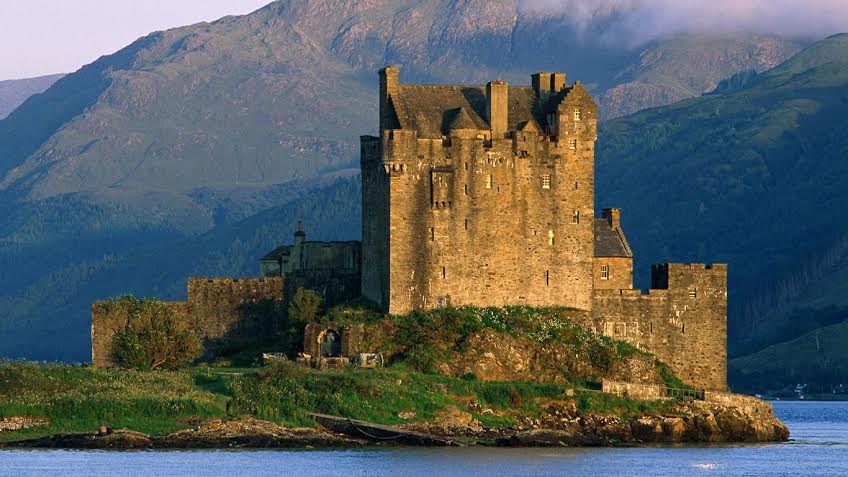 Look for the spooky tale and paranormal in Scotland

India Blooms News Service | | 26 Sep 2014, 04:07 pm
#paranormal in Scotland
Edinburgh, Sept 26 (Not in Town/IBNS) Scotland has long been known as a country of myths, legends and spooky stories: from the Loch Ness monster to notorious criminals Burke & Hare; to the 'ghosts' of soldiers at Culloden Battlefield, to reports of an unseen, lone bag piper heard playing at Edinburgh Castle. Not to mention other terrifying tales waiting to be told at locations across the land.

Visitors in search of a spooky tale or two will not be disappointed during the Year of Homecoming Scotland 2014. Events taking place around 31 October include Scotland’s first festival of the Paranormal; the chance to get spooked aboard the Queen’s floating royal residence; the opportunity to hear tales of history and the supernatural during the Scottish International Storytelling Festival; as well as a ‘ghost tour’ that goes uncovers the darker history of a working whisky distillery!

Fans of the supernatural, or those who are just curious about the country’s dark past, can extend their journey with a visit to one of Scotland’s world-class ghost and history tours or historic locations with a ghostly connection.

The first festival of its kind to take place in Scotland, the Scottish Paranormal Festival celebrates the full spectrum of supernatural happenings from ghosts to UFOs, and aliens to vampires; there is something from all tastes and beliefs: Halloween storytelling for adults and children, comedy, ghost walks, film screenings, music, and sessions with both a psychic and a sceptic!

The festival is taking place in the ancient and fascinating city of Stirling and is being produced by Peter Broughan, the Scottish film producer responsible for Rob Roy and The Flying Scotsman. Ticket prices start from £5 and can be purchased in advance from www.paranormalscotland.com

The festival combines storytelling ceilidhs with talks, landscape tours and specially commissioned performances. Guest storytellers from Europe, North America and the Pacific regions, perform alongside the cream of Scotland’s renowned storytelling talent, with a finale weekend marking the ancient Celtic New Year of Samhain/Halloween. Evening events ensure adults enjoy warming nights alongside a rich programme of family friendly events in a variety of locations around the city. www.tracscotland.org/festivals/scottish-international-storytelling-festival

Close Fest – experience the Close as never before, Oct 31 to Nov 9

This week long programme of one off events is back and promises to be bigger and better than ever before, building on the success of last year’s first ever Close Fest.  Launching on Halloween with the Dark Truth Tour, visitors are invited to the Real Mary King’s Close to join in a collection of underground events as unique as the attraction itself.  Expect dance, drama and murder mystery all to the unique and atmospheric backdrop of one of Edinburgh’s best loved attractions. www.realmarykingsclose.com

Follow in the footsteps of royalty and climb on board the Royal Yacht Britannia this Halloween. Berthed in Leith’s harbour, the Royal Deck Tea Room will be serving spooky refreshments, including festive pumpkin cupcakes and pumpkin soup. www.royalyachtbritannia.co.uk

Halloween candle-making workshop with artisan perfumer, Kirsty Morrison of Zing Organics.  Workshops will commence at 12 noon, 2pm and 4pm. Booking is required. Entry is priced at £5 per child. To book call (01499) 600 471 or email info@lochfyne.com www.lochfyne.com

Not for the faint-hearted, the distillery offers this unique tour as well as other spooky tales as part of a tour of the distillery. Deanston, originally a cotton mill dating back to 1785 has long been associated with spooky sightings and scary noises. It is said that Helen McDougall, wife of the infamous William Burke was attacked and killed at the mill. A ghostly knocking is still heard banging today as if from a tormented soul. Distillery workers have reported strange noises and even ghostly shapes moving among the barrels.

Back for 2014, the ever popular ‘Haunted Halloween’ tour will see the bravest explore the famous haunted Blair Street Underground Vaults of Edinburgh by candle-light as well as hear about the sinister and unsavoury past of Edinburgh  and its residents. With this late night ghost tour, there will be no holds barred as your guide tells you some of the most chilling tales that Edinburgh has to offer (The tour meets from the Mercat Cross, High Street. Please check www.mercattours.com for prices and start and end times. Advanced booking is recommended.)

Mercat Tours runs other themed tours around Halloween and throughout the rest of the year.  For more information, please go to www.mercattours.com

Join Mostly Ghostly for a coach trip with a difference! The eerie excursion takes visitors along famously 'active' stretches of one of Britain's most haunted roads - the A75... watch out for screaming hags, eyeless phantoms and a menagerie of unearthly creatures!

Culloden Moor in Inverness-shire is the site of the tragic end to the Jacobite Rising of 1745. Bonnie Prince Charlie and 5000 Highlanders were defeated by The Duke of Cumberland and over 9000 Government troops just outside Inverness in the Highlands. Here, by the memorial cairn, there has often been seen the dim form of a battle-worn Highlander.  Some years ago, a woman who was visiting Culloden chanced to look into the Well of the Dead and as she did so she saw the reflection of a Highlander looking back at her.  This is only one of many reported sightings on the moor.

Glamis Castle, just outside the village of Glamis in Forfar, is reputed to be one of the most haunted castles in Scotland. King Malcolm II was murdered here leaving a bloodstain on the floor, which defied all efforts to be removed, and eventually the floor was boarded over. The castle is also said to contain secret rooms. One which is believed to house a monster which roamed at night. This monster was believed to have been the son of a Laird of Glamis who was horribly deformed and was kept in one of the secret rooms.  A ghost named the ‘Grey Lady’ is also said to haunt the Chapel.

Culzean Castle in Ayrshire has a ghostly piper, who is reputed to have been searching caves beneath the castle when he disappeared.  The pipes are said to herald the announcement of a marriage, and also to be heard on stormy nights.  His apparition is also said to have been seen in the grounds of the castle, both on Piper's Brae and near the ruinous collegiate church.

Edinburgh Castle is reported to be one of the most haunted places in Scotland, with one famous story around the Lone Piper. A few hundred years ago secret tunnels were discovered deep underground, running from the castle to other places in the city. A piper boy was sent down to investigate, instructed to constantly play his pipes, so those above could chart his progress through the tunnels. When the playing suddenly stopped, they went and searched for the piper boy but he had vanished. His ghostly pipes can still be heard playing in the castle to this day.