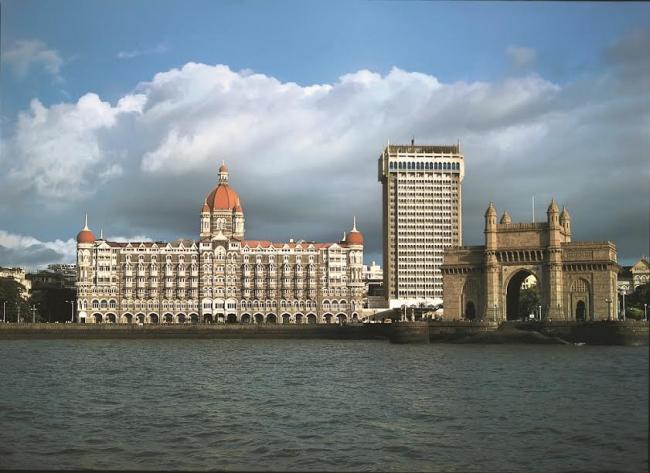 Since 1903 its striking dome has been the triangulation point for the Indian Navy to guide them in to harbour, a steadfast symbol of the city’s resilience and a benchmark for Indian hospitality. Setting another first for the industry, The Taj Mahal Palace, Mumbai has secured image trademark rights for its elegant hotel building and its characteristic dome from the Government of India.

A city’s skyline is its defining feature – it establishes the urban character, provides an instinctive recall of its landmarks, and creates nostalgic memory of the city’s travails through time. The Taj Mahal Palace, Mumbai now joins an elite club of distinguished structures around the world that have secured trademark rights.

Taljinder Singh, Area Director – Mumbai and General Manager, The Taj Mahal Palace, Mumbai said: “For more than a century the Taj dome has anchored the Mumbai skyline – it is an irreplaceable part of the soul of the city and we are very proud to recognise its important role as a symbol of Mumbai’s people and its past through the trademark. For our pioneering founder Jamsetji Tata, The Taj Mahal Palace was his vision for the future of Indian hospitality, as well as his legacy to the city of Mumbai.”

The distinctive red-tiled Florentine Gothic dome, which crowns the elegant Indo-Saracenic arches and architraves of the hotel, sits 240 feet above street level. The hotel’s architects modelled this closely on the dome of the Victoria Terminus (now Chhatrapati Shivaji Terminus), when the hotel opened on 16 December 1903.

“We felt strongly about protecting and bringing forth the distinctiveness of this most recognized building in India. It’s an icon that stands as the indomitable spirit of not just Mumbai, but India. The trademark is a milestone in the 114 year long journey of this legendary hotel.  What adds to our joy, is the fact that this Hotel becomes among the first to get a registration of this kind, in the Country, keeping it in august company of a few buildings around the world that have protected their Intellectual Property Rights.” said Rajendra Misra, Senior Vice President - General Counsel, Taj Hotels Palaces Resorts Safaris.

Unknown to most, The Taj Mahal Palace, Mumbai preceded the famous Gateway of India by over 20 years.

Finding itself at the crossroads of Indian history, Lord Mountbatten announced India’s independence from the steps of The Taj Mahal Palace, Mumbai.

The hotel was home to leaders of the Indian Freedom movement such as Muhammad Ali Jinnah, Sarojini Naidu and many others.

One of first major speeches representing Independent India was given at the hotel in 1947.

The only hotel in India to have electricity at the time of its inauguration, The Taj Mahal Palace, Mumbai has been home to eminent personalities including Neil Armstrong, Beatle’s John Lenon, sitar maestro Pandit Ravi Shankar, and US President Barack Obama, to name a few.

Commercial use of the images of its iconic dome and grand exterior will now be on prior written consent from Taj Hotels Palaces Resorts Safaris only.